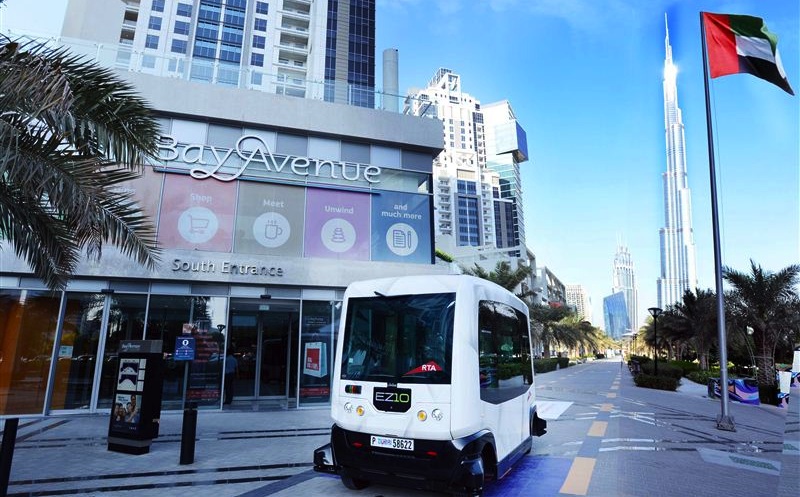 Dubai’s Roads and Transport Authority (RTA) has got the approval for a new plan to that will see 25 per cent of all journeys in Dubai become self-driving journeys by 2030.

The self driving strategy was approved by Mattar Al Tayer, director-general and chairman of the RTA and is in line with Dubai’s smart transport strategy.

The RTA is planning to introduce several “enablers” to implement the strategy including – new legislation and rules for self-driving transport; enhancing public adaptability to the technology; developing conditions and regulations for testing and licensing of self-driving vehicles; creating a structure for insurance and liability; and addressing the requirements of infrastructure.

The authority said it will also develop a structure for e-security and a communication system to enable interaction between the vehicles. High-definition e-maps will also be developed.

“The success of the Dubai self-driving transport strategy rests on several drivers highlighted by the availability of comprehensive and accurate information and sharing them effectively,” said Al Tayer.

The RTA has also formed partnerships with global entities including universities and research centres to commission research in self-driving transport capable. 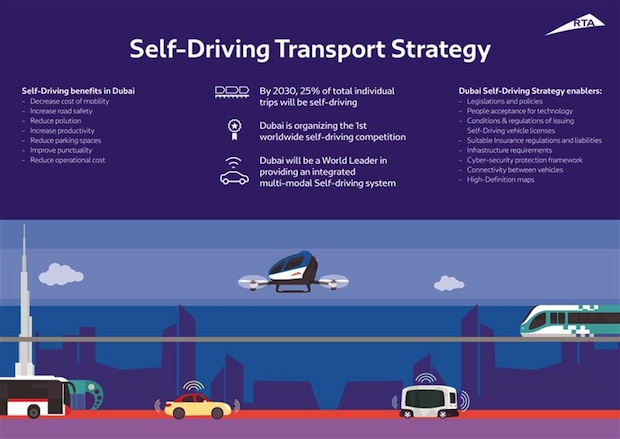 RTA’s self-driving transport strategy has “several attributes” that sets it apart from other similar strategies worldwide, he claimed.

“First, the transition to self-driving in Dubai is powered by a government entity whereas it is the private sector that drives this transition in many other cities and countries.

“Secondly, Dubai’s strategy is inclusive of all mass transit modes such as trains, buses, marine transit modes and taxis, as well as private vehicles, while many countries focus on a limited number of transit modes. Additionally, RTA’s strategy includes a global contest between companies, which have made significant advancements in the field of smart transport that would be announced later on,” added Al Tayer.

Also read: The road ahead for driverless technology

Careem to bring ‘self-driving electric pods’ to the Middle East