The road ahead for driverless technology - Gulf Business 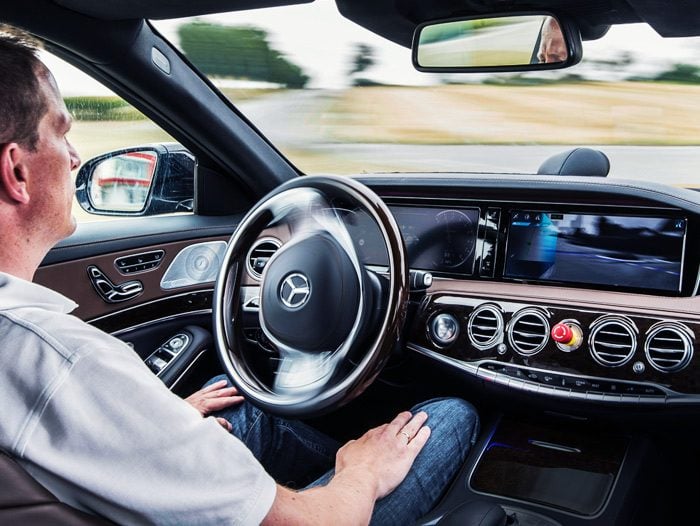 At the recent World Government Summit in Dubai, the Chairman of the Roads and Transport Authority (RTA) announced the Dubai Self-driving Transport Strategy, which aims to transform 25 per cent of total individual trips in Dubai into self-driving trips by 2030.

By using various modes of transport including self-driving cars and the autonomous aerial vehicle (AAV) flying cars that are grabbing international headlines, this strategy will limit congestion and reduce pollution by limiting greenhouse gases.

And while the target may seem ambitious, autonomous vehicle technology is moving much faster than anyone expected it to.

Consultancy McKinsey forecasts that up to 15 per cent of passenger vehicles sold globally in 2030 will be fully autonomous cars, while revenues in the automotive sector could nearly double to $6.7 trillion thanks to shared mobility (car-sharing, e-hailing) and data connectivity services (including apps and car software upgrades).

New players such as Tesla Motors, tech giants from Google to Microsoft and a host of start-ups are competing against – and often working with – traditional manufactures like Ford, General Motors and Nissan to make such predictions into reality.

Even if technology, regulation barriers and ethical dilemmas delay the commercial-scale launch of fully driverless cars beyond 2020, partial automation is already on the way with the introduction and ongoing refinement of advanced driver assistance systems (ADAS). This market alone is expected to grow to $34bn by 2020 – representing a compound annual growth rate of 40 per cent – as the global penetration rate triples to 48 per cent.

One key area for technological improvement – and thus potential investment opportunities – is safety. Swedish manufacturer of car safety gear, Autoliv5, estimates that its products – which include a wide range of driver assist radars and an infrared night vision system alongside improved airbag and seatbelt technology – help save 30,000 lives a year and prevent 10 times as many injuries.

Cars may also soon be able to recognise your voice or gestures, and to ‘talk’ to other vehicles and even to emergency services. The 2017 top-of-the-range cars from Cadillac and Mercedes-Benz are some of the first to include vehicle-to-vehicle (V2V) communication technology.

At its simplest level, V2V will enable cars to share their position, speed, steering-wheel position and brake status with each other to help spot incoming vehicles and reduce the likelihood of crashes. Taken to the next level, cars could warn each other about traffic jams and dangerous road conditions, as well as ‘communicating’ with bridges and traffic lights.

An eCall feature – set to be mandatory for all new cars in Europe from April 2018 – will automatically contact the emergency services in case of a serious accident, communicating the location of the vehicle and other details. This measure alone is expected to save more than 1,000 lives per year.

The latest automotive technology is already deeply rooted in the world of robotics and artificial intelligence. France’s Valeo7 is working on a new generation parking system which will enable drivers to leave the car and then use a smartphone to instruct the vehicle to park itself. In the drone world, online retail giant Amazon is one of several companies currently carrying out testing of light unmanned craft, with the eventual intention of offering customers automated deliveries within just 30 minutes.

The autonomous vehicle (AV) revolution is also spreading to the skies with the development of drones for the delivery of everything from parcels to organ transports, monitoring crop growth, mapping and photographing hard to reach areas and more.

Beyond transportation, robotic AVs are finding application in the industrial world. Amazon, for example, uses bright-orange autonomous robots to move goods and parcels around its warehouses.

Hospitals, meanwhile, are embracing a breed of mobile machines to transport lab specimens, medicine and other supplies, and another one that can sterilise rooms by killing germs with blasts of light.

In the energy sector, remotely operated underwater vehicles (ROVs) can go out in conditions which are too rough or water which is too deep for humans to inspect pipelines and drilling platforms.

There are, of course, still many hurdles to overcome. For fully automated cars – which do not need a driver – these include yet-to-be-developed technology, winning public trust for an essentially new mode of transportation and the need for new rules and regulations on everything from the highway code to car insurance.

For drones, developers need to resolve issues over battery life and find a way to safely coexist with all the other flying objects and beings in the sky.

Over time, though, the trend is clearly for robots to take on greater and greater control of our roads and skies. For investors, this is an opportunity to get behind the wheel of change sweeping through the transportation industry.