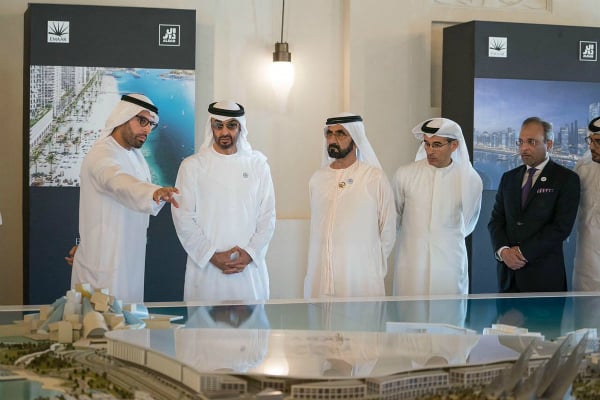 Dubai’s Emaar Properties has entered into a joint venture partnership with Abu Dhabi’s Aldar with a target to develop UAE and global real estate projects worth Dhs30bn ($8.18bn).

The deal was announced on Twitter by state media agency WAM before being confirmed by UAE Vice President and Prime Minister and Dubai Ruler Sheikh Mohammed bin Rashid Al Maktoum.

“We are happy to witness the signing of this partnership, which will contribute to our development journey and help enhance the UAE’s position as a tourism destination of choice,” he said.

“We have great ambitions and we are confident our national firms have the capabilities to achieve them. We want our companies to be at the forefront of our development and collaborate with each other to explore creative ideas for strengthening the UAE’s leadership, and enhancing the happiness and quality of life of our people.”

The two companies will initially work together on the Saadiyat Grove project at the heart of the cultural district on Abu Dhabi’s Saadiyat Island and Emaar’s Beachfront island development, which is part of the Dubai Harbour project between the Palm Jumeirah and Dubai Marina.

The Saadiyat Grove includes the recently completed Louvre Museum on Saadiyat Island and other delayed cultural projects including a version of the Guggenheim Museum and a museum dedicated to the UAE’s founder Sheikh Zayed.

The mixed-use development, due to open in 2021, will feature 2,000 residential units, two hotels, 400 serviced apartments and 130,000 square metres of lifestyle and retail space.

Emaar Beachfront features 1.5km of beach and a variety of food and beverage and retail outlets spread across a series of residential towers with 7,000 units and an Address hotel.

The wider Dubai Harbour it is part of will include a shopping mall, the Middle East’s largest marina with 1,100 berths, a yacht club and other attractions. 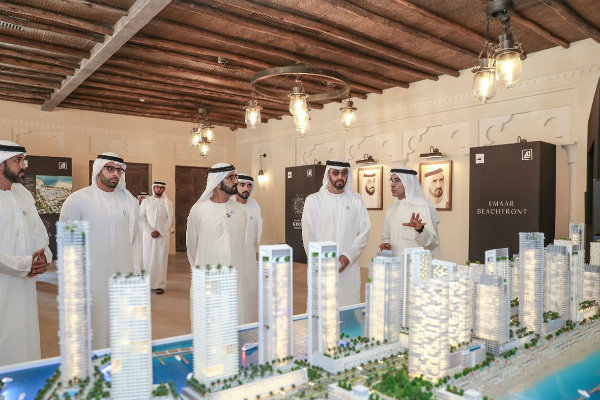 The joint venture will also announce other combined master-planned developments in the future.

Read: Worst behind Abu Dhabi as it looks to revive Guggenheim plans