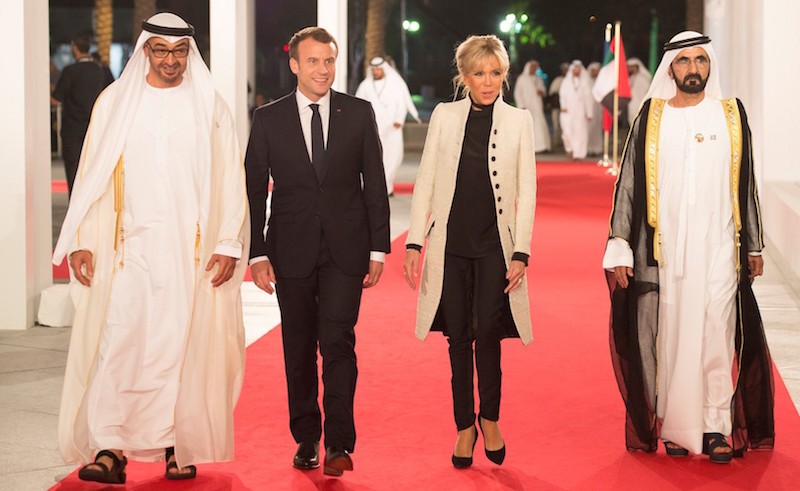 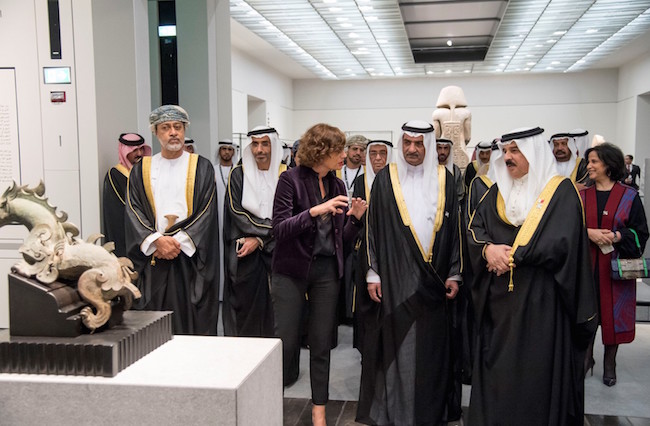 Surrounded by water from three sides, the museum is designed by French architect Jean Nouvel and features a massive 7,500-tonne dome roof. It houses 600 artworks that it has acquired spanning from prehistory to the present day including the birth of the first villages, universal religions, cosmography, the magnificence of the royal court, and the modern world.

Some of the ancient masterpieces include the Bactrian Princess created in Central Asia at the end of the 3rd millennium BCE, a Grecian sphinx from the 6th century BCE, a Gothic Bible, as well as a winged dragon statue from China.

It also displays 300 works on loan from 13 leading French institutions, in its 23 permanent galleries. The artists range from Paul Gauguin and Vincent Van Gogh to Pablo Picasso.

Speaking at the launch, Sheikh Mohammed bin Rashid welcomed the guests to the museum, calling it “the dome of enlightenment .. in a region where the people of dark thoughts are attempting to bring back the ages of backwardness and ignorance.

“Louvre Abu Dhabi is an architectural masterpiece, a cultural icon and an artistic platform that combines East with the West. It symbolises our ability to build bridges of communication, in a world that they want it to be a scene for clash of civilisations.”

He added: “It also reflects our ability to fight darkness with light, ignorance with arts, apathy with creativity, extremism with artistic beauty, created by human minds thousands years ago.”

He stressed that the museum was a “melting point for intellect and humanity and a place for tolerance and interaction”.

The Louvre Abu Dhabi opens to the public this Saturday.

WATCH: A first look inside The Louvre Abu Dhabi