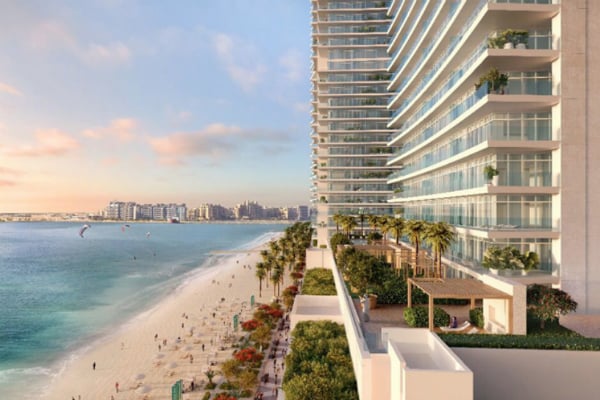 The 10 million-square-foot Emaar Beachfront will feature 1.5km of beach and a variety of food and beverage and retail outlets.

Sales of the first twin-tower project on the island began at the weekend and Emaar said the first phase sold out with total interest of Dhs1bn ($272.2m).

Residents of the glass façade units will have views across the Arabian Sea and access to the beach and other facilities including swimming pools, gyms and parking areas.

“As the first residential community in Emaar Beachfront, Beach Vista is for those who value the finer aspects of life, and promises a relaxed lifestyle in a serene setting,” said Emaar Properties managing director Ahmad Al Matrooshi.

“It will appeal not just to UAE-based and regional investors but also international buyers who value the distinctive lifestyle choice it offers.”

It will include a 1,400-berth marina, cruise ship port, 3.5-million-square-foot shopping mall, events arena, hotels, residential buildings, offices, retail stores and a 135m-tall observation lighthouse located on reclaimed land between he start of Jumeirah Beach Residence and the Palm Jumeirah.

An internal monorail with links to the Palm Jumeirah and Bluewaters Island, a pedestrian bridge with a jogging and cycling track and water boat stations are among the planned transport links.

Emaar’s role in the project was confirmed in September and will include a new Address hotel as well as a series of residential towers.