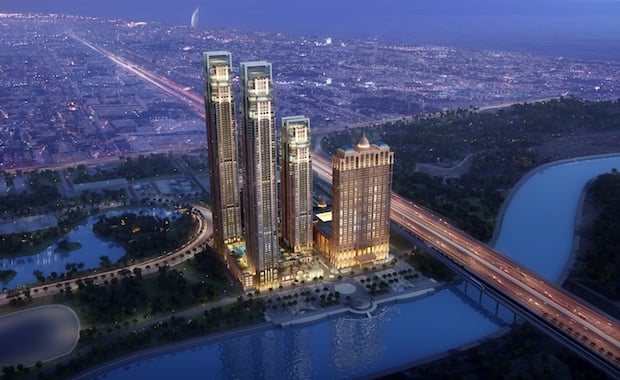 Dubai’s Al Habtoor Group has suspended its agreement with Marriott International for the management of its three hotels at the Al Habtoor City development.

“These hotels will no longer be part of the St. Regis, W Hotels and Westin Hotels global brand portfolios. This is a mutual decision reached amicably between the parties,” it stated.

After July 31, the management of the hotels will be transferred to the the Al Habtoor Group.

The parties are working closely together to ensure a “smooth and seamless transition” for associates, clients and partners, the statement added.

The three hotels within the Al Habtoor City collectively include 1,594 rooms, 18 restaurants and lounges, two spas and 34 meeting and banqueting spaces.

The St. Regis Dubai, which opened in November 2015, marked the launch of the brand in Dubai. The hotel features 234 rooms – 182 rooms and 52 suites – including the 913-square-metre Sir Winston Churchill suite.

W Hotels also made its debut in the UAE in June 2016 with the opening of the W Dubai – Al Habtoor City. The hotel has 356 rooms and five F&B venues.

Al Habtoor Group chairman Khalaf Al Habtoor said: “We maintain a strong and friendly relationship with Marriott International. This decision marks the start of a new era for Habtoor Hospitality as we focus more on strengthening our own brands and expanding our hotel-management portfolio.”

Read: Dubai’s La Perle aqua show to pay for itself within five years

In late June, Marriott International also revealed that it will no longer manage The St. Regis Dubai, Al Habtoor Polo Resort and Club from July 1.

From July, management will be transferred to the Al Habtoor Group, a memo stated without disclosing more details.