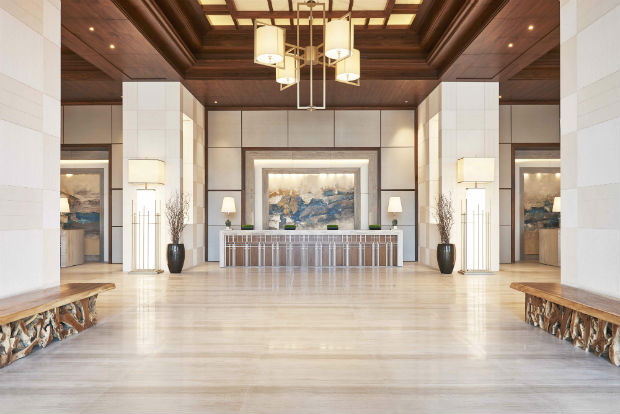 Within minutes of walking into The Westin Dubai Al Habtoor City, I’ve been given a shot of healthy detox juice (choice of three) and enjoyed a penetrating neck-and-shoulder massage by the six lifts, which seems an apt way to introduce the health-conscious brand.

The Westin Dubai, the brand’s second property in the city and fifth in the GCC, is primarily designed for on-the-go corporates who, while appreciative of the finer things in life, haven’t let themselves go. Alongside the Heavenly Spa and pool deck (opening later) will be a ‘Run Concierge’ providing runners with calorie-burning options.

The entrance is around the corner from the W Dubai and next to Dubai Canal. The design is certainly not your standard corporate look with deep woods and marble, complemented by largely clutter-free rooms and public areas, providing a relaxing ambience. I looked in at one of the 15 meeting rooms which offers plenty of natural light and the corporate centrepiece is the 1,450sqm Al Joud ballroom which can hold up to 1,200 guests (divisible by three, in the St. Regis building but not shared). 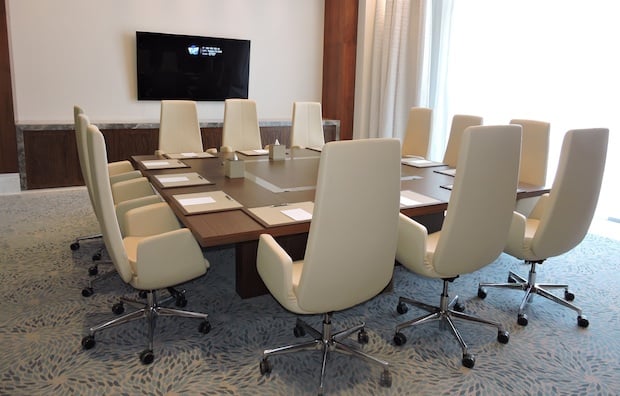 At 1,004 rooms and suites, even by Dubai standards, this is an enormous hotel (it’s the largest Westin in Europe, the Middle East and Africa), yet only around 25 per cent is open this month, and work is ongoing with some of the rooms (the 40th floor Heavenly Suite needs fitting out). Starwood Hotels & Resorts aims to have everything open by the end of November. 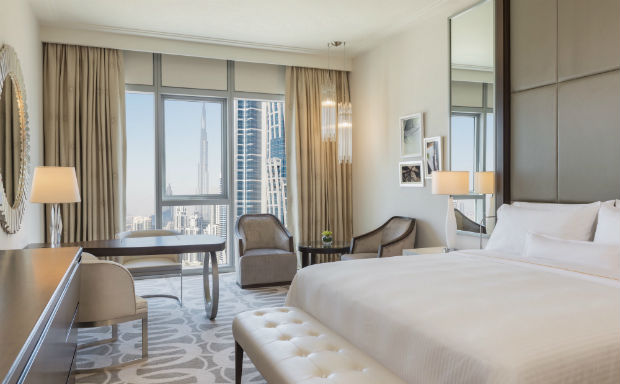 Khalaf Ahmad Al Habtoor, chairman of Al Habtoor Group, and owner of the hotel said: “This is another milestone for the Al Habtoor Group. The three hotels within Al Habtoor City each offer something unique to the landmark destination and provide endless choices to business and leisure travellers, as well as to residents of Dubai.”

General manager Khaled Ghaleb said it has a good business base moving forward. “The nice thing about big hotels is that you’re exposed to every market segment.” 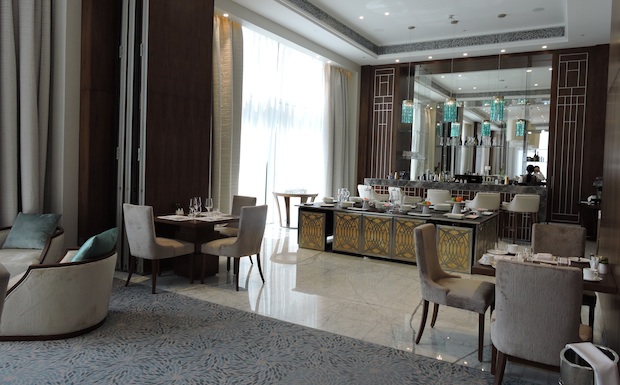 Competition looks set to rise with its high-rise neighbour, the JW Marriott Marquis Hotel Dubai, although in the context of the Marriott-Starwood merger, due to close shortly, there may be more room for partnerships. When the Westin is finished, this area will be a micro-hospitality-city boasting more than 3,000 rooms.

The F&B looks sharp enough with a choice of six venues. We had lunch in the two-floor Cook Hall gastropub which served tender ribs, small duck tacos and pastrami sliders and guests can try their hand at DIY cocktails, which is a novelty. 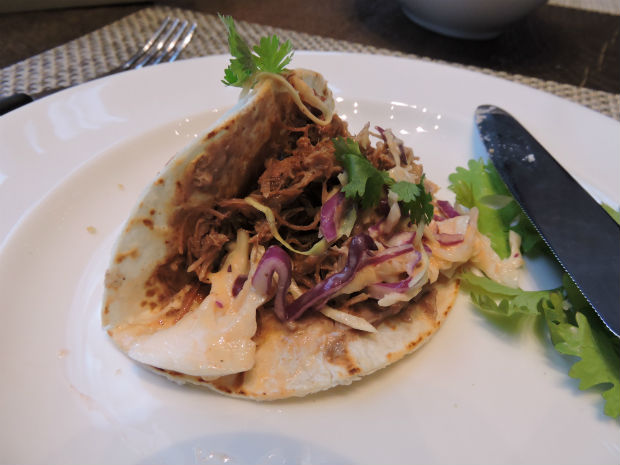 The vast Seasonal Tastes (all day dining) reminded me a little of Sheraton Grand’s Feast, with its interactive kitchens, but one imagines 350 covers may not be enough should all guests descend for breakfast near simultaneously from November. In which case, the attractive Il Capo Restaurant (New York Italian) opposite can serve as an overflow.

The lavishly decorated Blinq cocktail bar looks a little incongruous given the largely understated theme, but it’s the kind of place that should appeal to pre- or post-theatre goers once La Perle by Dragone opens next spring, which itself will have seven restaurant concepts in an atrium.

The brand is on a roll in the Middle East with the Westin Cairo Golf Resort & Spa Katameya Dunes targeting an October opening.