Steven Bartlett, who at 28 was the youngest panelist on the hit BBC series, Dragons’ Den, will be in Dubai for a special one-night event at Dubai Opera on Wednesday, March 2.

Bartlett is the founder of the social media marketing agency, Social Chain. The university dropout built what would become one of the world’s most influential social media companies when he was just 21, before taking his company public two years ago with a current market valuation of over $600m.

Bartlett, who is the host of Europe’s number one podcast on Spotify, The Diary of a CEO, recently released his debut book Happy Sexy Millionaire, which is a Sunday Times bestseller.

Organised by Motivate Talent, the event will feature a fireside interview and a moderated panel discussion with some of the region’s most influential and successful entrepreneurs. The audience will also have an opportunity to pose questions directly to Bartlett. 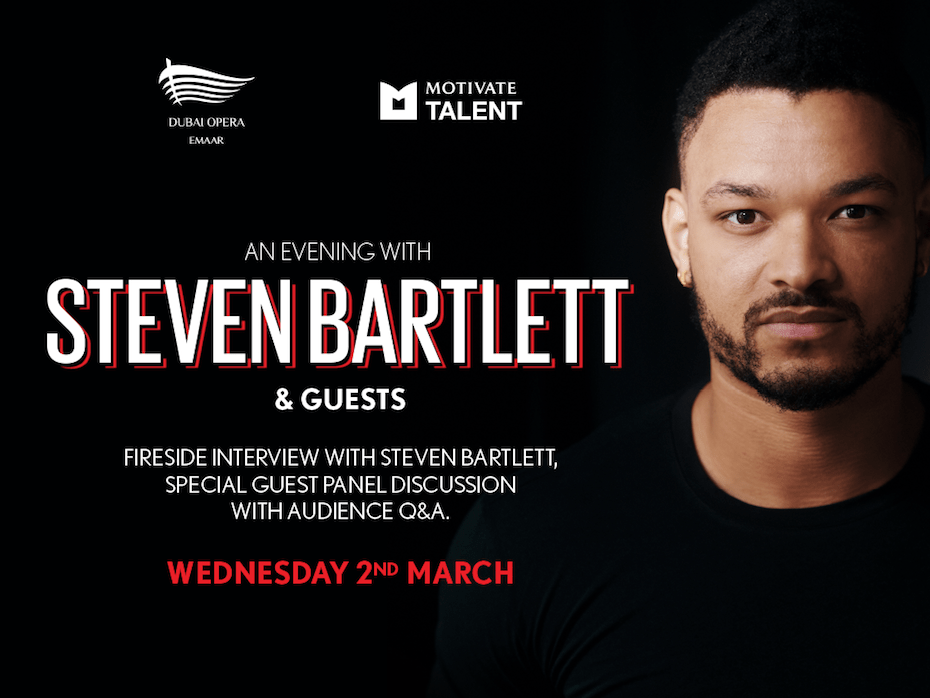 Ian Fairservice, managing partner of Motivate Media Group, said: “We are delighted to bring Steven Bartlett to the region and host him at Dubai Opera. Steven is a brilliant and successful young entrepreneur who has played an instrumental role in inspiring an entire generation of entrepreneurs. We look forward to the insights that he will deliver at the event.”

Tickets for the event start at Dhs250, with Gold available at Dhs500, Platinum at Dhs700 and VIP tickets from Dhs900. Tickets can be booked at Dubai Opera and Platinumlist.