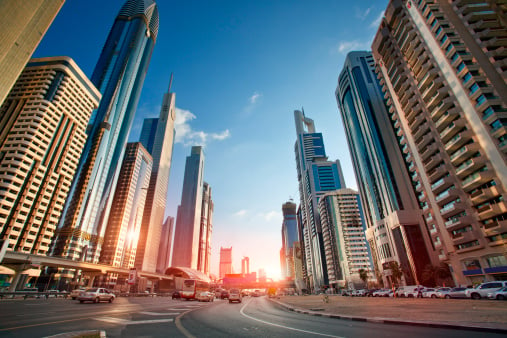 Dubai-based Azizi Developments that it will begin construction on a massive commercial and residential tower in the third quarter of 2018.

Once complete, the 122-storey building will stand at approximately 570m tall on Sheikh Zayed Road and will be among the biggest skyscrapers in Dubai, the developer said in a statement.

The tower is being developed at a cost of Dhs3bn and will house residential apartments on the first 100 floors and a luxury hotel on the remaining 22 floors.

Azizi Developments is consulting with Atkins to finalise the design of the building. The global architecture firm has updated the original design and construction is expected to commence in the next few months.

The mega project is scheduled for completion between 2021 and 2022, Azizi said.

Mirwais Azizi, chairman of Azizi Group, said: “The tower will be a stunning new addition to Sheikh Zayed Road – the main artery of the city – and will rival the world’s most well-known skyscrapers in terms of both scale and quality of design.”

Azizi Developments is currently working on developing more than 200 projects in 2018. Among the biggest projects are Azizi Riviera – the developer’s flagship development in Meydan One, followed by Azizi Victoria – the mega-community project in Mohammed Bin Rashid Al Maktoum City – District 7.

Read more: First two phases of Azizi Riviera project in Dubai to be ready in Q1 2019

Last week, the company announced four new projects in the emirate with a combined value of Dhs750m. Among them is Azizi Grand, the company’s first project in Sports City, which will have 431 apartments.

The value of its current portfolio in the emirate is over Dhs20bn with properties in Palm Jumeirah, Meydan, Dubai Healthcare City, Al Furjan, Studio City, Sports City and Jebel Ali.