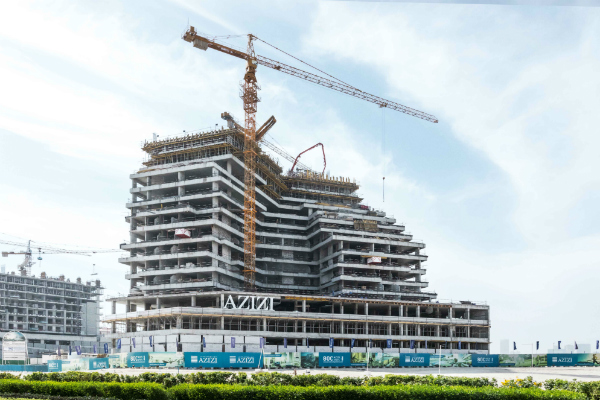 Dubai-based Azizi Developments has said it is accepting pre-qualification applications for Dhs20bn ($5.44bn) of contracts related to new real estate projects in the city.

The contracts come in addition to its current project pipeline, according to the firm, with construction scheduled to commence in two months and be delivered by 2020.

“This will be a tremendous year of growth and expansion for Azizi Developments,” said Mirwais Azizi, chairman of Azizi Group.

“The new tenders are our largest number released so far and will contribute to our already packed portfolio of projects which we aim to deliver on schedule by 2020.”

The company said it is working on more than 200 projects this year including Azizi Riviera in Meydan One and Azizi Victoria in Mohammed Bin Rashid Al Maktoum City.

Last week, the developer said phases one and two of Azizi Riviera would be pushed back from completion in late 2018 to the first quarter of 2019.

Read: First two phases of Azizi Riviera project in Dubai to be ready in Q1 2019

Its other projects include Royal Bay by Azizi and Mina by Azizi on the Palm Jumeirah, Azizi Aliyah Residences and Farhad Azizi in Dubai Healthcare City and Azizi Farishta and Azizi Plaza in Al Furjan.