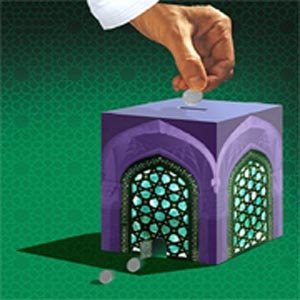 Islamic banks dreamed big in early 2009 as they emerged from the global crisis. Shari’ah-compliant institutions in the Gulf were mostly insulated from global conventional banks’ toxic debt.

It followed that Islamic finance was thrust forward as a viable alternative model. Some even suggested that under Islamic principles the disaster would never have happened in the first place.

Still, despite a vibrant last few years, growth has been messier than many had hoped. For one, in late 2009 Dubai’s debt crisis hit developer Nakheel and Jebel Ali Free Zone. Both had raised funds through Islamic bonds (Sukuk). It shattered creditors’ belief that Sukuk were safer than traditional bonds. Saudi Arabia’s Saad Group and Kuwait’s The Investment Dar also defaulted on Sharia-compliant bonds.

Some spent 2010 and 2011 on the fence about ploughing huge sums into Islamic finance. As a result, news from the industry has been fairly mixed. One dark spot in particular was the revelation that Dubai Bank, an Islamic institution, had run into serious debt problems. By October 2011 the Dubai government caved and arranged for an Emirates NBD takeover.

There’s now a prevailing sense that the Gulf has failed to fulfill its potential. Yet, others say ballooning growth rates speak for themselves. For instance, the top 20 Gulf Islamic banks have grown by 20 per cent since the end of 2010, compared with nine per cent for conventional banks, according to Ernst & Young’s Bahrain-based Shari’ah-compliant advisory group.

Indeed, in recent months the growth of Sukuk issuance has been impressive.

Sensing trouble in the Eurozone, many Gulf corporates are seeking Middle Eastern Islamic money. Banks, including Saudi lender Banque Saudi Fransi, which priced a $750 million five-year Islamic bond in May this year, are also getting in on the act. And sovereign entrants so far this year include the governments of Qatar and Dubai. It’s perhaps the most accelerated period of bond activity in recent memory, and contrasts dramatically with the debt maelstrom in Europe.

But Sukuk sales, which jumped 68 per cent to $26 billion in 2011, are still below the record $31 billion in 2007 and are dwarfed by the $764 billion in conventional bonds sold globally this year.

Beneath these numbers there remain some fundamental concerns about the industry. At the heart is the interpretation of Islamic principles: what is considered Shari’ah compliant still varies to this day.

Tensions have escalated around Goldman Sachs’ recent $2 billion Islamic bond programme, which some have claimed is un-Islamic.

In fighting between scholars is nothing new. It has marred much of the progress of Gulf Islamic finance in the last decade.

Globally, there has been a struggle between Islamic finance’s standard-setting bodies to formulate rules. Companies and governments aren’t bound by the regulations set by organisations including Manama-based Accounting & Auditing Organisation for Islamic Financial Institutions and Kuala Lumpur-based Islamic Financial Services Board.

Then there is the fierce criticism that Shari’ah lenders have failed to find a better way forward other than simply to mimic conventional commercial and retail products.

All of which leads many, like Neil Miller, the global head of Islamic finance at KPMG, to believe that sustainable future growth will hinge on radical change, not positive quarterly figures.

“The thing that’s holding back the industry is that nobody is really working out how to transform it from its current model,” says Miller. “There are those that say transformation is difficult, so they are targeting growth and scale to be able to apply pressure to change things from a position of strength but this will take time. Then there are those people who want to change the industry to highlight the proper way of doing business but they face myriad embedded challenges.”

Miller believes that the relative size of the Islamic finance market – roughly one per cent of global finance – means it’s not going to step in and fill the gaps that open up when conventional finance has a wobble. “It simply shows an alternative model for financing. This perspective needs to be kept in mind.”

Meanwhile, lack of standardisation across Islamic markets means products aren’t being traded in high enough volumes. Therefore, liquidity between Islamic banks in the region is low.

There have been efforts to tackle this.

In May, the Islamic Development Bank, a Jeddah-based multilateral institution, signed a memorandum of understanding with the Qatari government and Saudi Arabia’s Dallah Albaraka Group to launch an Islamic bank. The aim is to facilitate Islamic interbank trade, develop liquidity-management solutions and launch an Islamic securities market.

Islamic banks in the region are themselves flush with cash, but have few outlets for it. Hence, any Sukuk that comes to market is always wildly oversubscribed. Some suggest trading in Shari’ah compliant derivatives would present new platforms for trading. But John Sandwick, a global Islamic finance adviser based in Switzerland, said banks must resist the urge.

“The danger is that these derivatives people see this liquidity in Gulf banks and come up with some wacky instruments – then slap a fatwa on them so Islamic banks can trade them.”

Generally, there is no shortage of positive forecasts for Gulf Islamic banking. The latest from Ernst & Young predicts assets under management at Shari’ah compliant institutions in the region will double to $990 billion by 2015 from $416 billion in 2010. Yet, similar projections have been made each year since the global financial crisis.

There’s no question that the recent spurt in Sukuk activity underlines the industry’s appetite and growth ambitions over the long term. How it intends to achieve this is a different story. Most of those that monitor the health of Islamic finance say the industry must use this current buoyancy as an opportunity to get to grips with the underlying issues that could sustain future expansion.

It will be a long slog from here.