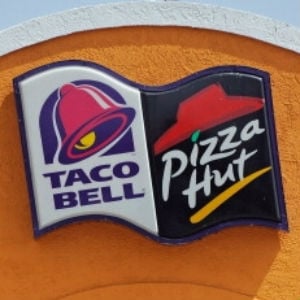 Yum! Brands, the umbrella company behind Pizza Hut, KFC and Taco Bell, is to double its number of restaurants in the MENA region to 2,800 locations within the next five years.

Speaking exclusively to Gulf Business, Yum!’s chairman and CEO, David Novak, spoke positively about Yum!’s brands, how they have performed in the Middle East and imminent future expansion.

“We’re doing extremely well. We’re continuing to grow our restaurants aggressively, we have good solid growth, we have close to 1,400 restaurants in this region and our goal in the next five years is to double that. Our business models are very strong, we have great franchise partners and we are very committed to growing here.”

While the KFC and Pizza Hut chains are instantly recognisable here in the Gulf, as well as the wider world, Yum!’s third brand – Taco Bell – is a lesser known quantity. But Novak, who features in Barron’s list of ’30 Best CEOs’ in the world and Fortune’s ‘Top People in Business’, explained how that’s slowly changing.

“A few years ago we made the commitment to take Taco Bell global, so we’re beginning to expand in a number of different countries, planting the flag, but we’re still at the embryonic stages. We’ve opened one up in Kuwait, we just opened one in Saudi Arabia. It will be a slow burner but we’re fully committed and our partners are very excited; we see a huge opportunity here.

“Long term we see the brand being the size of Pizza Hut and KFC in the region but it will take a while, usually it takes 10 years to get to 100 restaurants on a brand. I think we’re beginning to build the scale.

“The difference is that, what we do with Pizza Hut and KFC is bring a unique image to a known quantity, whereas with Taco Bell you have a unique brand and an unfamiliar food category. Mexican food is not that familiar. So it’s a little bit harder to establish Taco Bell than it is KFC and Pizza Hut but we have no doubt we’ll be able to do it over the long term.

“In America, Taco Bell is the second most profitable restaurant brand after McDonalds, so we know it’s a great concept, we know it’s broadly appealing it’s just going to take us time to develop it.”

And it’s not just the Middle East where Yum! has seen huge growth. Novak explains their biggest target region is the Far East, notably China.

“China’s our fastest growing market. We have 3,800 KFCs and 600 Pizza Huts in China, and we’re expanding aggressively in India, Russia and Africa. Our company is poised for growth in all the emerging markets.

“About 60 per cent of our profits now come from emerging markets, developing countries. In the States we have 60 restaurants per million people. In China and the Middle East the number’s under 2 per million, so there’s a lot of expansion to take place.”