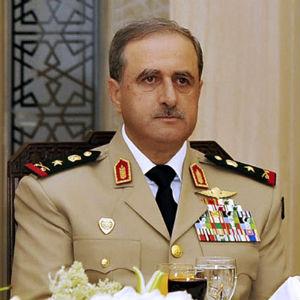 Syrian Defence Minister Daoud Rajha was killed by a bomb which exploded during a meeting of ministers and security officials at a national security building in Damascus on Wednesday, state television said.

“The Minister of Defence was killed by the terrorist bombing that targeted the national security building,” it added.

A suicide bomber who detonated explosives at the meeting of ministers, was a bodyguard for the president’s inner circle, a Syrian security source said.

The security source told Reuters Shawkat died in a Damascus hospital where he was taken after the attack.

Activists contacted by telephone reported an increased security presence around a hospital near the site of the reported explosion in northern Damascus, which they said indicated that senior officials had been wounded.