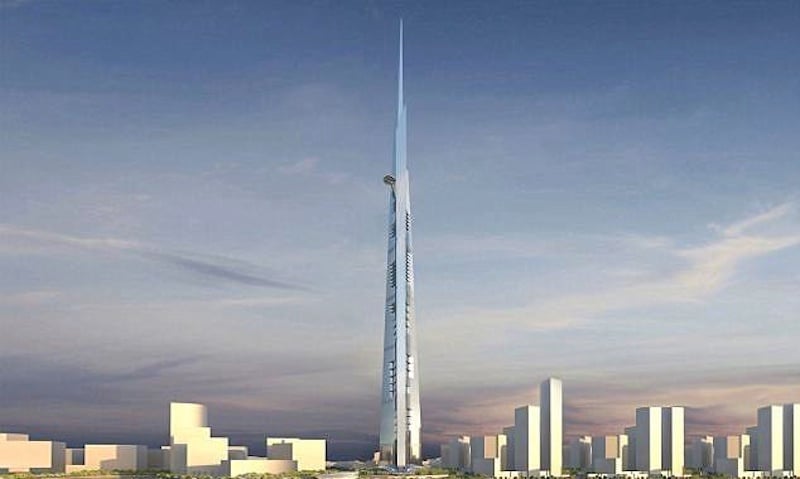 The much-delayed Jeddah Tower — which is set to be the world’s tallest building when ready – is now expected to open in 2019, its developer has confirmed.

However, during a visit to the site of the under-construction tower last week, Prince Alwaleed confirmed that the opening would be postponed by another year.

The tower’s main contractor, Saudi Binladin Group, has been badly hit by the drop in oil prices in the kingdom since 2014.

The company, which laid off thousands of workers and delayed salary payments to staff, was unable to complete work on several of its projects.

Estimated to have an investment value of around $2bn, Jeddah Tower (earlier called the Kingdom Tower) is expected to have 170 storeys.

With a gross floor area of 245,000 square metres, it will include offices, a 200-room Four Seasons Hotel, 121 serviced apartments and 360 residential apartments, the developer had earlier said. It has been designed by architect Adrian Smith and Gordon Gill Architecture.

The tower is part of the wider Jeddah Economic City project, a 5.2 square kilometre city in Jeddah along the coast of the Red Sea, which is also expected to house Saudi Arabia’s largest shopping mall.

Also read: Sales at Kingdom Tower, set to be world’s new tallest building, to start in 2015

However, Dubai is also currently building a new skyscraper which is expected to be taller than the Burj Khalifa.

The Tower at Dubai Creek Harbour was initially billed to become the new tallest tower in the world, however, reports claim it will be 100 metres taller than the Burj Khalifa, making it slightly shorter than Jeddah Tower.