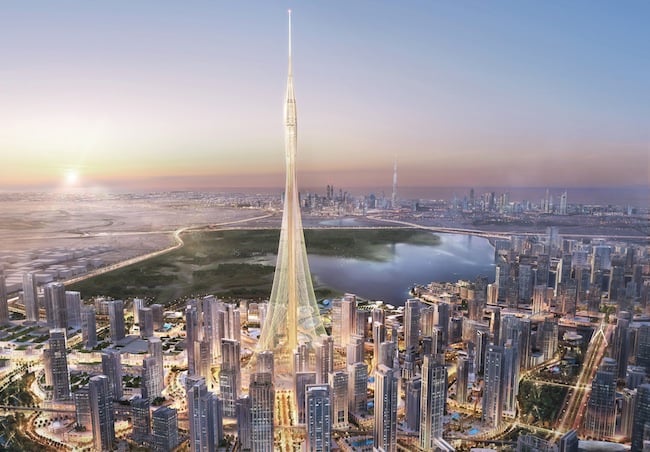 The Tower, a new landmark announced as part of Dubai’s Creek Harbour project will be 100 metres taller than the world’s highest building, the 828-metre Burj Khalifa.

Developer Emaar Properties’ chairman Mohamed Alabbar revealed the key detail in an interview with CNN describing the structure as “the new Burj”.

This would make it slightly shorter than the 1,008m Kingdom Tower, which has been scheduled for completion in Jeddah in late 2018.

Emaar had previously said The Tower would be a ‘notch taller’ than Dubai’s Burj Khalifa, which it also developed.

Alabbar described cables “almost like jewellery” supporting the building, which has been designed by Spanish architect Santiago Calatrava.

The design for the Dubai tower is inspired by Islamic architecture but also “meets requirements of modern times, as well as local environment and culture,” said state news agency WAM when it was selected in February.

United Arab Emirates Vice President and Prime Minister and ruler of Dubai His Highness Sheikh Mohammed bin Rashid Al Maktoum has described it as an “architectural wonder that will be as great as Burj Khalifa and Eiffel Tower”.

The $1bn mixed-use building will form the centrepiece of the 6 sq km master-development, located close to Ras Al Khor. 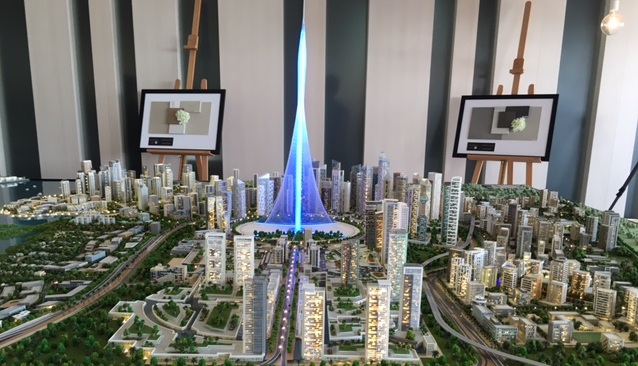 Alabbar said construction will begin in July. The project is scheduled to be completed in 2020.

It will include a boutique hotel, gardens, restaurants, observation decks and function halls, similar to Dubai’s current tallest tower.

“The plaza will be much bigger than this [Downtown] plaza because of the sheer size of the tower and the cables… but what we will do with the plaza and how we beautify it and real estate around it will be quite a job,” he said.