Sales At Kingdom Tower, Set To Be World's New Tallest Building, To Start In 2015 | UAE News 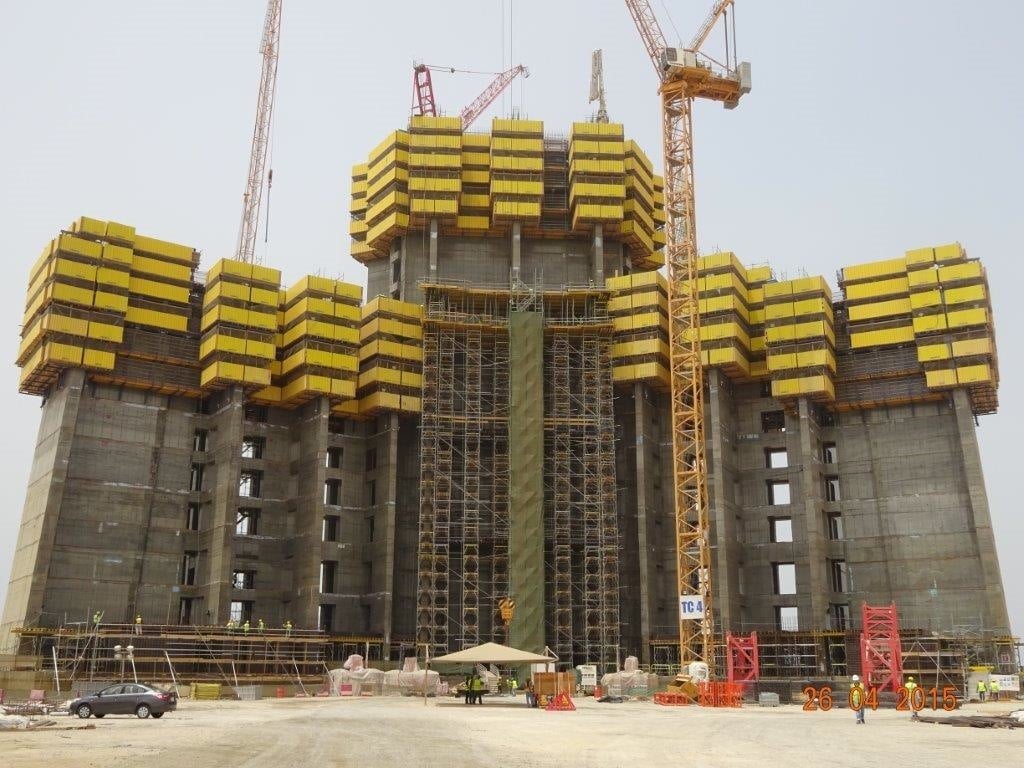 Residential apartments at Saudi Arabia’s Kingdom Tower, which is slated to become the world’s tallest building on completion in 2018, will likely go on sale later this year, the developer’s chief executive told Reuters on Sunday.

Once completed, the $1.2 billion Kingdom Tower will be over one kilometre high, said JEC chief executive Mounib Hammoud, taking the title of the world’s tallest building from Dubai’s Burj Khalifa, which stands at about 830 metres.

The Kingdom Tower will have a gross floor area of 245,000 square metres and include offices, a 200-room Four Seasons Hotel, 121 serviced apartments and 360 residential apartments.

The apartments “will be for sale. Maybe we will rent some, pool some for rental or do (investment) funds on a few – it depends on the market,” said Hammoud, adding that sales should begin this year.

His company is now collecting applications from potential buyers. Construction has reached the 14th floor.

Citizens of the six Gulf wealthy countries – Saudi Arabia, Kuwait, Qatar, Oman, Bahrain and the United Arab Emirates – are eligible to buy units in the tower, but other potential investors will require government approval, Hammoud said.

JEC is investing SAR8.7 billion ($2.3 billion) in the Jeddah Economic City project, which includes Kingdom Tower and Saudi Arabia’s largest shopping mall. Of the total, SAR7.3 billion is a contribution in kind including the land upon which the tower is built, plus SAR1.4 billion in cash.

The project will be funded partially through a loan from Saudi banks and through apartment sales, said Hammoud. He said the company had received “consent” for the loan and would sign for it this year, but declined to reveal its value.

JEC could go public “in due time”, Hammoud added. Jeddah-based Abrar Holding owns 33.4 per cent of JEC; the main contractor for the tower project, Saudi Binladin Group, and Kilaa Jeddah Co own about 16.6 per cent each.