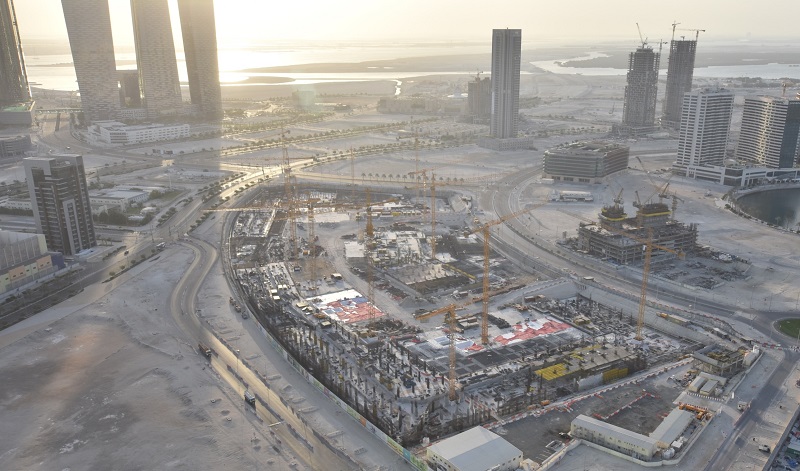 The project, which was originally due to open this year, has been pushed back to 2020 after delays.

Construction of the mall began in late 2017, and so far 13 tower cranes have been erected, a statement said.

Raft foundation works are underway with over 55,000 m3 of concrete set in place, and over 5,500 tonnes of reinforcement installed.

The superstructure of the project is also now under construction with the first suspended slab’s recently poured and vertical works progressing across the whole site, the statement added.

Shane Eldstrom, CEO of Al Farwaniya Property Developments said: “The cranes are on site, we have nearly completed the substructure and have already completed several sections of floor in the superstructure.”

The mall is planned to be handed over in a single phase to coincide with other completions on the wider Reem Island development, which aims to have a population of 200,000 people.

Just over 2km away from Reem Mall the $1bn Al Maryah Central, featuring 400 retail stores, is also under construction and due to open this year.