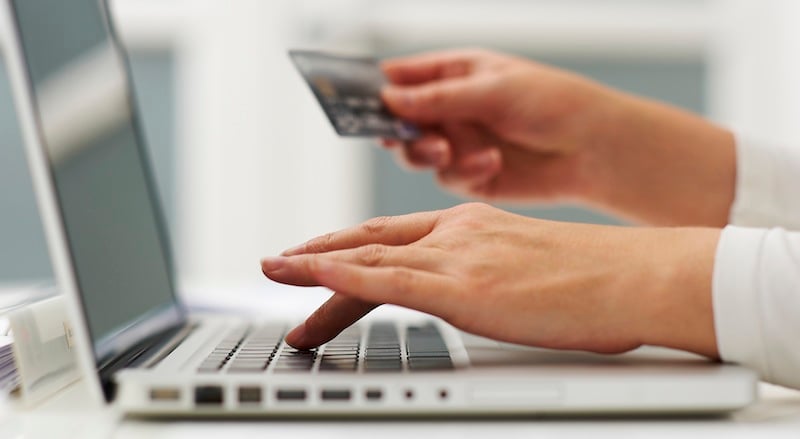 For many Gulf retailers, the events of March this year may go down in history as the beginning of a shift in the region’s retail landscape.

Amazon – the online shopping giant that had brought so many traditional stores to their knees in North America and Europe – announced that is was finally coming to the region, and it would be doing so via an already established platform.

The company’s estimated $650m acquisition of Souq.com, a site that commands an estimated four fifths of the Middle East and North Africa e-commerce market, is expected to take away sales from traditional retailers in much the same way as it has elsewhere.

“They take far more than their fair share of what little growth there is in the retail market. And the same will apply here too so it’s a serious wake-up call for retailers here in this region.”

To date, the Gulf and wider Middle East has lagged behind other markets in e-commerce, with consultancy firm A.T. Kearney estimating in a 2015 report that it contributed just 0.4 per cent to the GCC region’s GDP compared to 3.5 per cent in the UK. But given the region’s attractive fundamentals and high mobile penetration the company believes the Gulf is on the verge of becoming the world’s fastest growing e-commerce playground.

It predicts that e-commerce will grow more than three times faster than traditional retail over the coming years at a compound annual growth rate of 30 per cent from $5.3bn in 2015 to $20bn by 2020.

Amid this outlook, retailers are warned it is a case of when not if the popularity of online shopping in the region catches up to global markets, where an estimated 0.64 cents on every dollar is now digitally influenced.

“What we believe is that the international rule will apply here,” says Alexis Lecanuet, managing director, products lead, Middle East and North Africa at Accenture Consulting.

“We are seeing that the mobile adoption and the ability to use the mobile in their shopping experience is much higher here than in the rest of Europe.”

The state of regional retail

In spite of these predictions, the region’s traditional retail market appears in a state of relative health – at least for now.

In a 2015 retail report, investment bank Alpen Capital predicted that the GCC retail market would grow at a compound annual growth rate of 7.3 per cent between 2013 and 2018 to reach $284.5bn.

Meanwhile A.T. Kearney continued to rank the UAE and Saudi Arabia among the top 10 most attractive retail markets globally in its 2016 Global Retail Development Index – at seventh and eighth respectively – despite highlighting market saturation and a tougher sales environment linked to low oil prices and reduced tourism.

Dubai was also ranked second globally for international retail representation by real estate consultancy CBRE in 2016 for the fifth year running and UAE is forecast to see healthy growth. The emirates’ retail market will expand at a compound annual growth rate of 4.9 per cent to be worth $71bn by 2021 from $56.6bn at the end of 2016, according to Euromonitor International data.

Naturally, given these figures, the Gulf region continues to be an attractive proposition for global brands.

Among the more recent entrants has been Parisian fashion brand The Kooples, which now has eight locations across the Gulf after launching in Dubai Mall in 2014.

“It’s a very encouraging start. We are very proud of it and now we want to develop it,” says co-founder and CEO Nicolas Dreyfus.

“We are learning a lot from the partner, so what we’re doing now is that we’re building collections for the region, so we are trying to get a better understanding of the market and to adapt the collections to the region. It is interesting to see women in the GCC are much more sophisticated much more refined than in Europe or the US.”

US homeware and furniture retailer Crate & Barrel announced its expansion into Qatar last month in partnership with Majid Al Futtaim Fashion and is now eyeing locations in Bahrain and Kuwait following the Q4 opening of its 1,500 sqm Doha Festival City location.

“We see the overall region as very interesting for us,” says Neela Montgomery, executive chair of Crate & Barrel.

“Kuwait would be very interesting to us, maybe Saudi at some point down the line and India, if you broaden the idea of the region.

“There is still very high GDP per capita, very high discretionary spending power still. So I think actually the time is as good as ever if not slightly better than it was some years ago.”

Elsewhere, department store operator Macy’s Inc is also expanding its regional footprint after opening its first international Bloomingdales location in Dubai in 2010. In March, the company opened its second regional Bloomingdales in Kuwait’s 360 Mall in partnership with Al Tayer Group and is now awaiting its entrance into Abu Dhabi.

Chairman Terry Lundgren, who stepped down as Macy’s Inc CEO in March after 13 years in the position, says the region continues to be attractive for retailers.

“The UAE is a very good long term investment for us and I’m actually quite satisfied in spite of the challenge the UAE has faced over the last few years. I’m very satisfied with our performance of our Bloomingdales store here.

“We’re moving at a pace we are quite comfortable with. We don’t want to over expand here but we will continue to look for opportunities.”

However, amid his optimism for the Gulf, Lundgren also carries warnings from his home US market, where changing consumer spending habits – including a shift away from minor malls and the rise of Amazon – have dented sales.

“Clearly the US is overstored in terms of physical retail and we’ve said this now for a couple of years,” says Lundgren, who warns regional retailers they will need to be price competitive.

“That rationalisation has begun to take place particularly in the last 12 months with many retailers choosing to close physical locations and that’s just simply because of the online growth has been so dramatic that the business is no longer coming incrementally.

“The UAE is very under developed in terms of online purchasing here so that still has an opportunity to develop overtime and in the meantime the strongest centres [malls] that I see in this market will be good for a long time. What the UAE has to worry about is are there going to be too many centres? You can’t do a great deal of business in all of them.”

Lundgren hopes that the $1bn Al Maryah Central, a 400-store retail mall that is being constructed next to The Galleria on Abu Dhabi’s Al Maryah Island, will be one of these strong centres. The first Macy’s outside the US, along with the third regional Bloomingdales, will anchor the mall upon its scheduled opening in autumn next year.

The shopping centre is one of several in the works in the UAE capital, including the $1bn Reem Mall. This is being developed by Al Farwaniya Property Development – a partnership between Kuwaiti firms National Real Estate Company (NREC) and United Projects for Aviation Services Company – and is also scheduled for completion in 2018 just over 2km away on Reem Island.

Kevin Ryan the chief operating officer and managing director of the Gulf Capital and Related Companies joint venture behind Al Maryah – Gulf Related – says the firm is aware of other projects but he is eyeing Yas Mall, which opened in November 2014 and has since drawn 40 million visitors, as the shopping centre to beat.

“We are the one that’s fully under construction right now and we know when our completion date is going to be. Some of the other ones are still in the process of raising financing. The underlying assumption is they’ll come to market at some point. Right now we think it is a somewhat difficult time in the retail industry but shopping centres are still performing well,” he says.

The mall’s construction comes during a period of uncertainty in the UAE capital as job losses and cutbacks related to the lower oil price impact the market, which Ryan suggests has meant it has taken longer to sign up retailers. However, he believes demand for malls remains strong and the company should be able to formally announce agreements bringing it to 70 to 75 per cent occupancy by autumn this year, from above 50 per cent currently.

In the meantime, Gulf Related cites a survey of 840 Abu Dhabi consumers it commissioned to public relations firm Brunswick as a sign of the sector’s health. This found 94 per cent of respondents believed visiting malls is an important part of their leisure time and 71 per cent visit a mall at least once a week.

“The UAE compared to the US is much more mall centric due to a combination of attitudes about shopping the socialising aspect, café culture and the youth factor here creating a different dynamic that people tend to stay longer so the mall is a much more integral part of life here,” says Ryan.

Yet despite the inherent mall culture in many Gulf countries, retailers in the region are also seeing that they are not immune from the disruption that e-commerce can bring.

Vishal Purohit, CEO of analytics infrastructure firm Wooqer, says since first approaching retailers in the region five months ago the company has seen significant interest in its store management platform and now marks Landmark Group, Majid Al Futtaim and Magrabi among its customers.

It has now opened a UAE office and is upping its investment with the hope of covering the entire GCC and other countries including Egypt over the next 12 months, with the expectation that up to 11 per cent of the firm’s overall business could come from the region over the next two years.

“There is some distance to travel compared to even retailers in Asia – like China and India – which I believe are much more updated with technology and far more sophisticated. However, they have the plans, interest and appetite and the speed they want to catch up. I believe within the next year they will be almost at par with retailers elsewhere,” Purohit says.

He believes one of the key ways retailers in the region can compete against Amazon is by getting closer to the customer and “converting the store associate to a store educationalist” that can provide an education on a brand or product rather than just sell it.

“Not only do they [retailers] have to become more efficient and more productive but also more customer centric because one of the ways that they can compete with Amazon is to actually engage the customer in a closed dialogue and conversation so that they really wants to come to the store,” he says.

Another firm seeking to boost business in the region is Periscope by Mckinsey, which provides solutions as a service offering, combining analytics and cloud-based tools with support and training.

“There is a mind-set that I’ve found here in the Middle East that they feel behind, and actually they are slightly behind but not far.”

But as companies seek to make these investments in efficiency and the brand experience, Elliott suggests one key question will be who pays for it, given that many brands in the Gulf are franchised out to local partners.

“Margins are pressed both with the entrance of Amazon as well as just global visibility. More consumers are saying ‘I know I can purchase this overseas’, and there is a large tourist implication on local retail that’s squeezing margins and that’s going to be a conflict point between the brand manufacturers and franchisees going forwards.

“Especially as you get more digital, there is this question of who makes that investment in the digital experience.”

Gulf retailers will need to come up with an answer to these questions and many others, as Amazon and other disruptive forces impact regional retail and change the face of shopping in the coming years.