Will the Porsche 911 Speedster Concept come to Dubai? 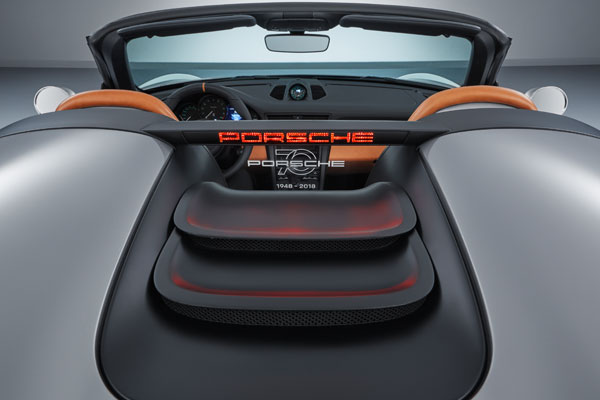 Here’s a truism: If you’re a fan of Porsche, you’re a fan of the 911 too. But 911-worshipping petrol heads can hardly forget the car that came before it – the seminal 356.

The 356 is the car that started it all for the carmaker. Ferry Porsche, the son of Porsche founder Ferdinand, led the building of the 356 Roadster, which received its road permit on June 8, 1948.

The 356 wasn’t an instant hit. But, the moment it won the 1951 Le Mans three years later everyone wanted a Porsche. The success on the track egged the company to further hone its track skills and focus on the concept of building the ultimate sportscar. 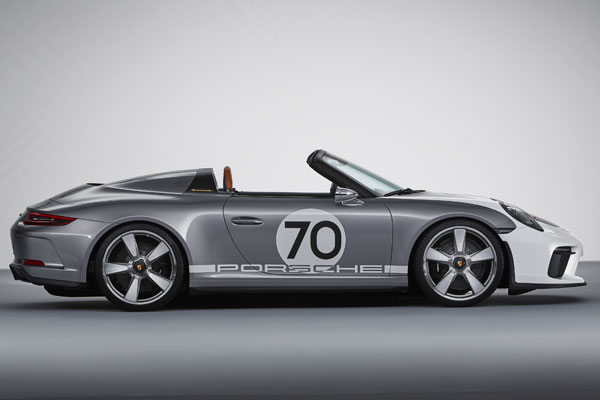 The following year, that pursuit led Porsche’s team across the Atlantic in America to build a Speedster version of the 356 – meant to be a pure racing car.

The 356 1500 America Roadster made its debut in 1952 with a handcrafted aluminium body. The engineers eliminated 70kg off the existing coupe variant. With just a 70hp engine, it could go all the way up to 175kph. The Speedster demonstrated that Porsche could achieve the unthinkable in engineering sportscars. 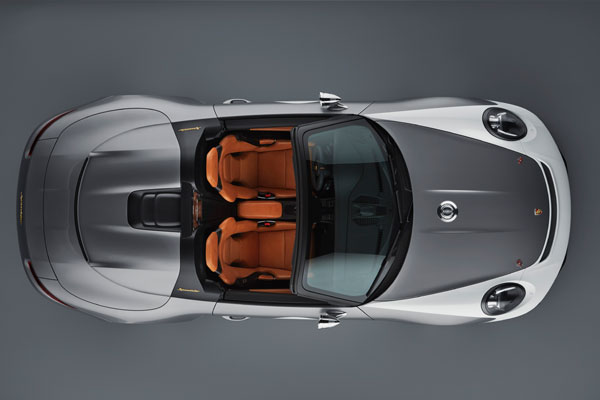 The 356 was all the rage through the 50s, with 76,000 produced, but after the 911 made its debut in1963 Porsche decided to discontinue its predecessor two years later.

The 911 is still in production today and in rude health. It is, arguably, the most successful sportscar in the world. And this year, Porsche is celebrating its 70th anniversary with this glorious 911 Speedster Concept.

For the engineering and aerodynamic styling of the car, Porsche has dipped into its existing fleet of explosive sportscars – specifically, the 911 GT3. The chassis and powertrain are from the 500-hp churning GT3. The engine is a four-litre naturally aspirated flat-six engine, six-speed manual transmission (or a seven-speed PDK transmission) and can rev all the way up to 9,000rpm.

Its styling is a mix-and- match of design elements from Porsche’s archives. For example, there is a double- bubble panel covering the rollover structure behind the seats first seen in the 1988 911 Speedster. If you paid attention during motorsport history class, you’d recall that the 1988 model was the first Speedster. 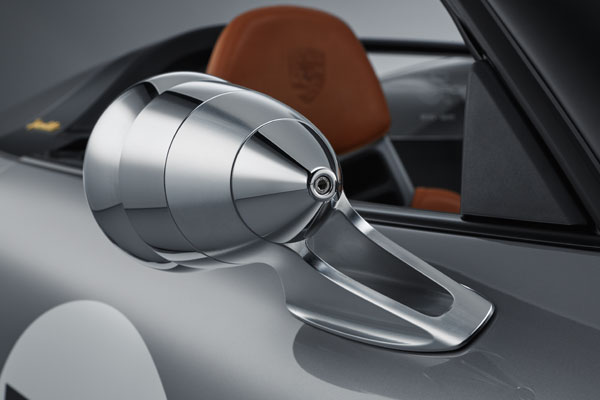 In this year’s version, there’s a plexiglass wind deflector between the double bubble panel with ‘70 years of Porsche’ written on it.

Then there are those bullet- shaped door mirrors, the metallic and white paintwork and the fuel tank filler placed in the centre of the hood – just as you would find in a 356.

In a further throwback to the original model, you’ll also find an X marking on the headlights. In the racing Porsches of the fifties, the headlights would be taped over with an X to prevent them from getting chipped by stones or shattering.

The bucket seats are made from carbon fibre, but are covered in brown Aniline leather – the same material used in the 356.

Like with the more modern Carrera 4 Cabriolet, the hood and fenders here are made from a carbon fibre composite. As is typical for a speedster, the windshield is lower and more steeply raked. There are also centrally mounted exhaust pipes to complement the aggressive styling. 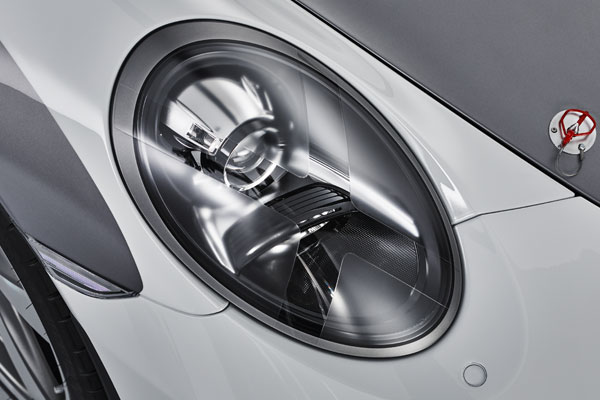 The Speedster has always been a bare-bones concept that will sacrifice creature comforts in the pursuit of creating as lightweight a machine as possible.

There is no navigation system, air conditioning or radio in this car. In fact, it doesn’t even have a roof. Porsche will simply supply a tonneau cover that you can place over the open cabin when your car is parked to prevent it from filling up with water. If it begins raining while you’re driving, you’re just going to have to drive faster than the raindrops can catch up with you.

While Porsche has used the suffix of ‘concept’ when introducing this car, it isn’t a fanciful project that will never see the light of day. Porsche already rocked up to Goodwood this year with a fully operational prototype and there are believed to be a few more being tested.

Porsche hasn’t confirmed when commercial production will begin, expected pricing or even a launch date, but all signs point towards a debut in 2019. It will be, as is the case with all Speedster models, very limited.

If you’ve got your sights set on this anniversary model we’d suggest you put your name down now.

Watch: Karim Al-Azhari tests the Launch Control on the Porsche Taycan in Dubai

In pictures: Is this the world’s ‘most innovative car’?