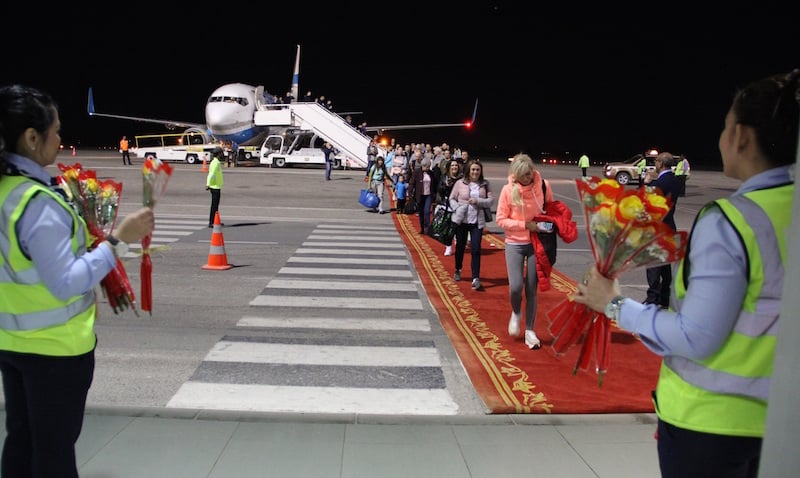 The inaugural direct flight from Wroclaw in Poland to Ras Al Khaimah arrived in the UAE emirate on Sunday, signalling the start of weekly services between the two regions.

Launched by Enter Air – a charter airline of tour operator TUI Poland – the new route will be served every Sunday.

“Over the last few years, Poland has become one of the strongest international tourism source markets to RAK, and therefore this step is an important strategic development that will further facilitate the successful bilateral ties between both countries,” said Haitham Mattar, CEO of the Ras Al Khaimah Tourism Development Authority (RAKTDA).

“Moreover, this new addition expands the network of Ras Al Khaimah International Airport even further. Europe is a key market for the emirate, and we are very confident that this new route will be extremely successful in increasing visitor arrivals to the emirate even further.”

International travellers accounted for 62 per cent of overall visitors to Ras Al Khaimah in the first three quarters of 2018.

Overall, the emirate registered a 11.2 per cent increase in international visitors in the first nine months of the year to reach 795,000 guests.

As part of its Destination 2019 strategy, RAKTDA has also further increased its promotions in Europe.

“We strongly believe that such partnerships will continue to augment the emirate’s connectivity with all major source markets, as we remain committed to the expansion of new long-haul routes to meet growing international tourist arrivals,” Khanna added.

Ras Al Khaimah has sought to differentiate itself from other emirates like Dubai and Abu Dhabi by focusing on adventure tourism.