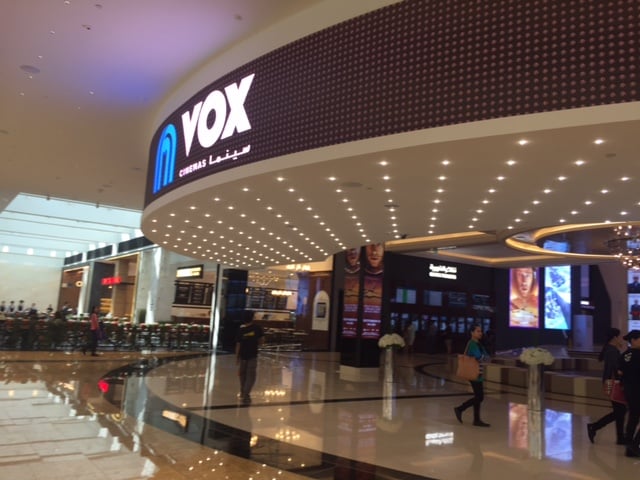 Dubai’s Vox Cinemas has announced that they will operate for 24 hours every weekend for the rest of the summer.

The company made the announcement via Twitter on Monday.

The 24-hour screening will be available in Mall of the Emirates, City Centre Deira and City Centre Mirdif and will not include movies for children.

Attention movie lovers! Starting this Thursday, #VOXCinemas will be OPEN 24 HOURS every weekend for the rest of the summer! Experience the best new movies on the biggest screens any time of day. pic.twitter.com/gYkiB0XbjW

Vox Cinemas, part of the Majid Al Futtaim group, is eyeing major expansion across the region.

Last year, it announced that with an investment of Dhs1.2bn, it aims to operate 600 screens across 50 locations in the region and beyond by 2020.

In April, Vox also confirmed that it had received a licence to operate cinemas in Saudi Arabia, which ended a nearly 40-year ban on commercial cinemas this year.

Vox said it was investing SAR2bn ($533m) in the kingdom to open 600 screens in the next five years.

The first will be at Riyadh Park Mall, which will host the kingdom’s first IMAX screen. Other cinemas currently under design include Majid Al Futtaim’s Mall of Saudi and City Centre Ishbiliyah. Both locations are set to open in Riyadh in the coming years.

Majid Al Futtaim also said that it will be the exclusive distributor of 20th Century Fox content to all Saudi cinemas.