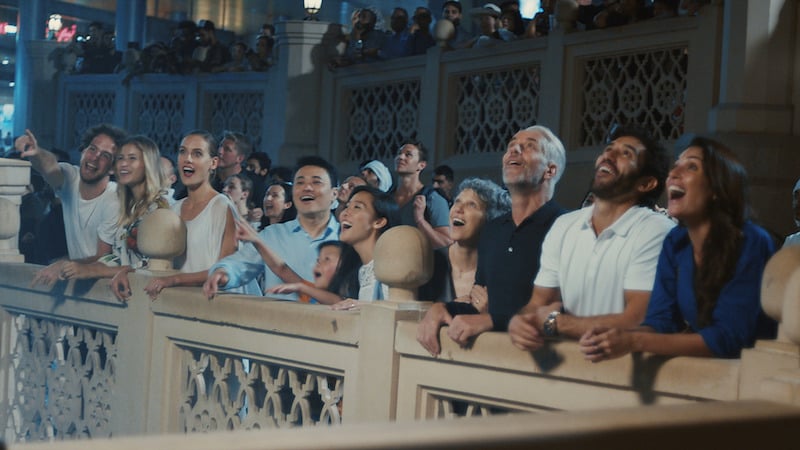 The minute-long advert highlights some of Emirates’ key destinations including Asia and Africa, and also its onboard features before culminating in Dubai.

The background track was chosen since it was found in a scientific study to be the most uplifting or “feel-good” tune on the UK charts in the past 50 years, Emirates said in a statement.

The campaign will run in key markets around the world starting from October 15.

It was conceptualised and scripted in-house and shot by director Vaughan Arnell. The ‘no-cuts’ continuous camera transitions were supported by CGI work from MPC in London.

Boutros Boutros, Emirates’ divisional senior vice president for Corporate Communications, Marketing and Brand, said: “Each day, Emirates operates more than 500 flights that connect Dubai to the world, and the world through Dubai.

“We believe that people, regardless of their backgrounds, have a strong desire to travel and experience the world for themselves. They want to be inspired, to discover, and to have fun. That is why we chose to use the Queen soundtrack, and a creative approach that was uplifting and energetic, to remind people of the excitement of travel.”

The latest campaign comes after Emirates’ hugely popular advertisement for its flagship A380 airline that features Hollywood actress Jennifer Aniston.

The actress, who was cast in two of the airline’s ads, reportedly signed a deal worth $5m with Emirates in 2015.

The first ad went viral on social media, and has clocked up over 6.2 million views on YouTube.