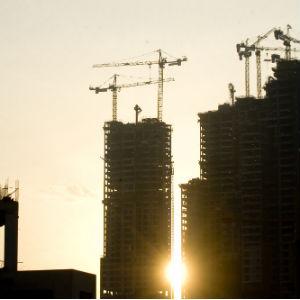 Dubai’s Union Properties reported a 72.7 per cent drop in net profit during the first quarter of the year to Dhs22.4 million, down from Dhs82.2 million during Q1 2011.

The company’s revenues also fell drastically to Dhs447 million during Q1 2012, down 69.7 per cent from Dhs1.47 billion during the same period last year, it said in a regulatory filing on the Dubai bourse.

The group said it had accumulated losses of Dhs1.2 billion as of March 2012.

It has financial commitments of Dhs3.8 billion of which Dhs969.5 million is due within twelve months, it added.

“The board decided that sufficient funds will be available from related parties on a timely basis to complete the projects,” the company said in the filing.

“And where appropriate and if deemed necessary, funds may be generated from the sale of some of the group’s assets,” it added.

The developer, which reported a net loss of Dhs1.57 billion for 2011, announced in January this year that it had reached a Dhs3.8 billion debt deal with major shareholder Emirates NBD.

The real estate firm said that it will transfer assets worth Dhs1.1 billion to the bank.

Union Properties’ remaining liabilities to ENBD, worth Dhs2.7 billion, will be extended until 2017, its chairman Khalid Bin Kalban said.