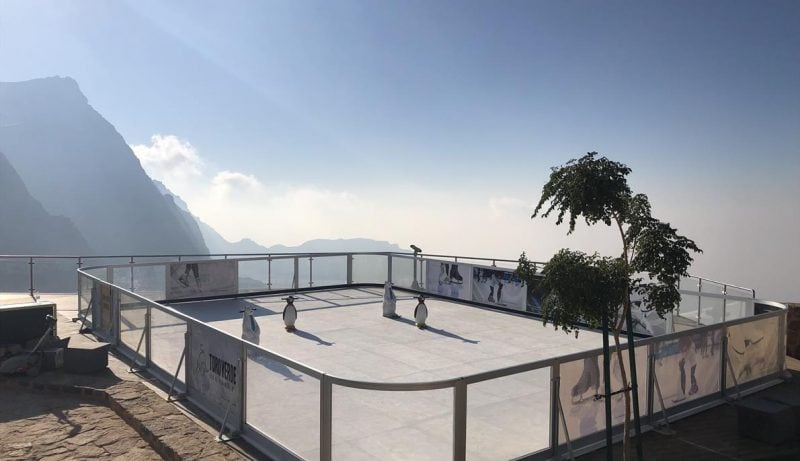 The UAE’s highest ice rink has opened at the top of the country’s highest mountain, Jebel Jais, in Ras Al Khaimah.

Situated approximately 1,300 metres above sea level, the 150sqm ice rink is located at the Jebel Jais viewing deck park and offers views of the Hajjar mountains.

Operated by ToroVerde Ras Al Khaimah, the same company that manages the world’s longest zipline at Jebel Jais, the skating rink is open to adults and children above the age of 3.

The ice rink, inaugurated late last month, is open from Wednesday to Sunday from 10am to 5pm.

Tickets are priced at Dhs45 for 30 minutes of skating including equipment rental. 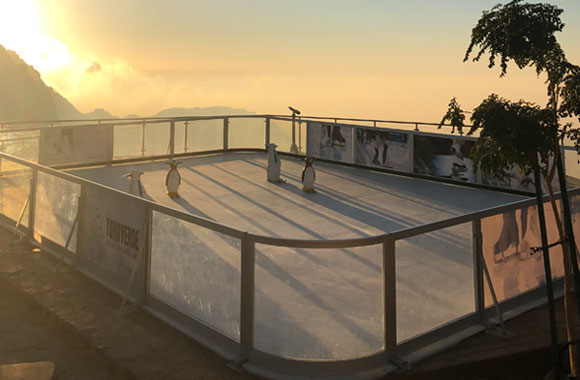 Ras Al Khaimah is focusing on adventure tourism as it looks to boost its visitor numbers.

It opened the world’s longest zipline on Jebel Jais in February 2018 and also operates the Via Ferrata attraction at Jebel Jais, which offers rock climbing and trekking.

The zipline, which was closed down on December 29 following a tragic helicopter crash that killed all the four crew onboard, was reopened on Saturday, January 19.

The rescue helicopter crashed into the mountainside after hitting the zipline.

Operators ToroVerde Ras Al Khaimah confirmed that they completed a comprehensive investigation and a full assessment of the facility and declared that it was safe to operate.