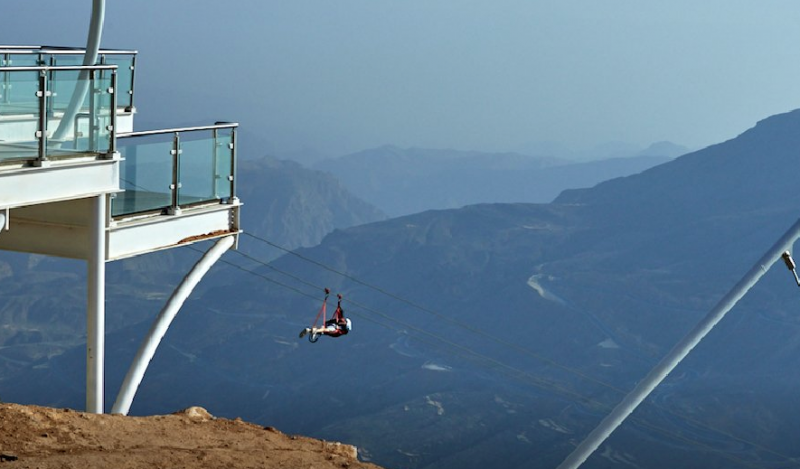 The world’s longest zipline in Ras Al Khaimah will be reopen on Saturday, January 19, after it was closed down due to a tragic helicopter crash late last month that killed all the four crew onboard.

Operators of the zipline in Jebel Jais confirmed that they completed a two-week comprehensive investigation and a full assessment of the facility.

“Toroverde ran a full assessment of any damage to the zip line park, cables and infrastructure and has conducted the necessary repairs and tests,” a spokesperson said.

“We can confirm that none of the ziplines which carry customers have been damaged, and none of our customers or staff were injured or involved in the accident.”

During the inspection, it was found that one of the supplementary equipment cables was damaged after the incident and has been replaced.

“Now that we are absolutely certain that everything has been tested and continues to operate to the highest international safety standards, we will we reopen the zipline to the public,” the spokesperson said.

Officials from RAK Tourism Development Authority and Toroverde will undertake test flights before the official reopening on Saturday, the spokesperson added.

The tragic accident occurred on December 29, when a Agusta 139 rescue helicopter crashed into the mountainside at around 5.50pm after hitting the zipline.

The helicopter was on a mission to airlift an injured man, but crashed before reaching the man.

All the four people on board including the two pilots, the navigator and a first aid medic died in the accident.

Eyewitness footage showed the helicopter diving into a tailspin before crashing into the mountain and bursting into flames.

Authorities are yet to reveal the results of the investigation into the incident.