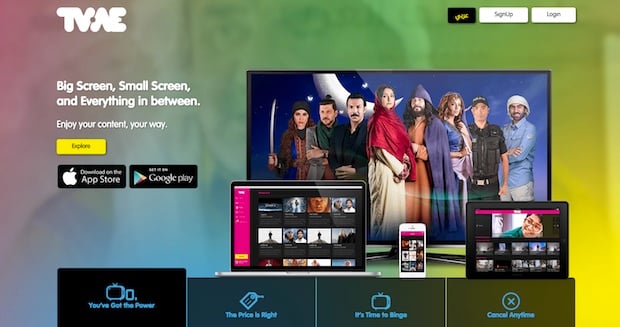 A new Middle Eastern streaming platform plans to launch a user-generated content section in a bid to boost Arabic talent.

TV.ae, a blend of Netflix and YouTube, will begin searching for Middle East-based content creators to write and produce short shows and films to be hosted on the site.

Launched by Abu Dhabi-based Advance Digital, the site will fund and host five to 10 creators to help them make pilots. The success and popularity of these pilots will determine which of them are chosen for full-scale production.

These user-generated videos will sit alongside regional and international television shows, which can be watched through a subscription in a manner similar to Netflix. Meanwhile, it is hoped advertising revenue will help fund the user-generated content.

Advance Digital managing director Marwan Saab said that creators would be paid a “fair share” of the revenue as opposed to YouTube, which “takes the lion’s share”.

He said: “I am shocked by the amount of talent in this region; shocked. The stuff that you see coming from the UAE and the Gulf Cooperation Council is absolutely stunning, beautiful in its craftwork.

“Films are now shot on iPhones. That wouldn’t perhaps work on traditional media, but it’s perfect for us,” he says. “Production value can be improved, but you’re more likely to watch something if it’s a story that connected with you.

“If it doesn’t, you want something extremely pretty to look at and that’s where Hollywood blockbusters are.

“It’s true that young people are not watching TV anymore. They don’t want to be stuck with the idea of ‘I have to be here to watch what I want’. They want to be in a coffee shop, with their friends, sharing their content.”

As well as providing a new vehicle to showcase Arabic talent across the region, the ultimate vision behind TV.ae is to bring a greater awareness of such talent to the rest of the world.

“We want to be able to tell the story that’s coming out of here to the world,” Saab said.