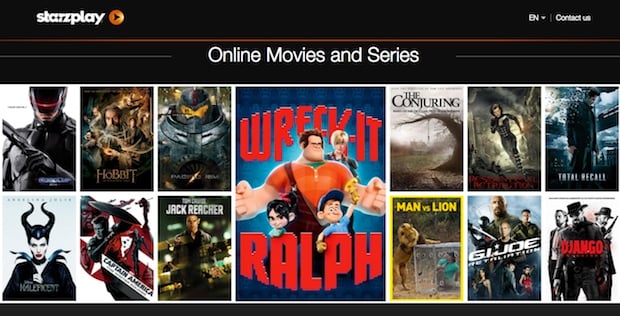 Online video streaming service Starz Play Arabia – which began operations in the Middle East last year – has seen a “positive impact” from the launch of rival Netflix in the region, a senior official has said.

Starz Play Arabia – part of United States based streaming service Starz, currently has a subscriber base that has reached six-figures, its chief commercial officer Danny Bates confirmed. He refused to reveal the exact numbers.

Read: US Online Video Service Starz Play Launches In UAE At $13.99 Per Month

Speaking to Gulf Business, he said part of that growth has come from increased awareness about the category.

“Our category is a new one and so having an international brand like Netflix come to the region has brought credibility to the category,” he explained.

The launch of Netflix early this year has also not posed a big threat because of its limited product offering in the region.

Read: Netflix launches in the UAE, adds Arabic language to its offering

“Netflix’s service here today is not the same that you get in the US. So actually, on a like by like comparison, our product stands out very strongly against the Netflix product available in this region,” said Bates.

“Also, compared to pay TV, our price point is not restrictive. To have both the services costs about Dhs 70 per month. Then you have the best of the Starz service and the Netflix service and you are never going to be lacking for anything to watch,” he explained.

He added: “So I think this is a very different market where we are much more complementary.”

Bates conceded that the last year was challenging for the company.

“We learnt a lot about our business in the last year. We found that the key is that it should be easy for customers to pay and subscribe. So we have done a lot of work to put that infrastructure in place,” he said.

“The first eight months was all about building and learning and in the last four months, we have seen the growth take off. We are now starting to see 50-70 per cent growth in subscribers every month,” he added.

The platform, which primarily features content from Hollywood, also started offering 4K Arabic-language content this month to better reach out to the regional market.

Bates also confirmed that the company has plans to significantly expand in the North Africa region, where it is seeing strong growth.