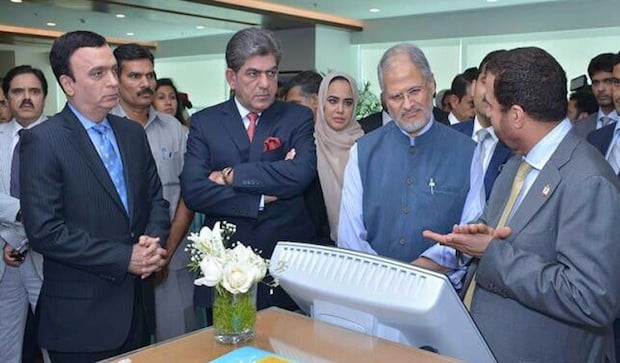 The UAE has opened a new consular services and visa-issuance centre in New Delhi, it was announced on Monday.

The centre – the sixth of its kind outside the UAE – is hoped to speed up the entry of Indian citizens and residents to the Emirates.

The centre specialized in the issuance of visas, attestations and provide all consular services for Indian nationals pic.twitter.com/WClk7nnsD6

Indians applying for a visa to work in the UAE can now present all their documents at the centre.

The centre will verify the applicant’s original passport, biometrics and medical fitness certificates – which need to be issued by one of 10 accredited medial facilities in New Delhi.

A fully integrated electronic system at the centre will help the UAE foreign ministry provide all related administrative services in co-operation with the Ministry of Interior, official news agency WAM reported.

“The procedures will save the costs of recruitment, quarantine and deportation, and improve customer service,” the report added.

Under-Secretary at the UAE Ministry of Foreign Affairs and International Co-operation Mohammed Mer Al Raisi said the new centre is aimed at enhancing consular co-operation between the UAE and India and streamlining the entry of Indian workers.

The two nations, which have historically shared strong bilateral trade ties, are now seeing an increase in economic and political collaboration.

Indian Prime Minister Narendra Modi made a two-day visit to the UAE in August last year – becoming the first Indian PM to visit the UAE in 34 years.

His visit looked at strengthening bilateral links and increasing investment from the Emirates.

Earlier this month, India also announced that Sheikh Mohammed will be the chief guest at the Indian Republic Day celebrations on January 26, 2017.