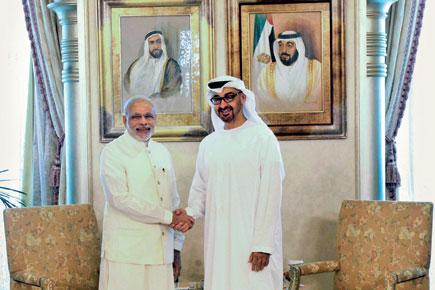 The first Hindu temple in Abu Dhabi will be ready to welcome worshippers by the end of 2017, a businessman overseeing the project said on Tuesday.

The temple is being built on land donated by the government of Muslim Abu Dhabi, capital of the UAE. Hindus currently travel to Dubai, the UAE’s tourism and commercial hub more than 100 km (60 miles) away, to perform prayers.

The government announced it was allocating land to build the temple during a visit by Indian Prime Minister Narendra Modi. Hundreds of thousands of Indian Hindus live in Abu Dhabi.

Indian billionaire businessman B.R. Shetty, who is chairman of the Temple Coordination Committee, said: “The UAE is a great example of religious tolerance with people of different nationalities living in harmony here.”

The temple project will be funded privately, he said. The government has allocated 20,000 square metres of land in Al Wathba, just outside Abu Dhabi city.

Indians make up the largest expatriate group, about 2.6 million or 30 per cent of the UAE population, according to figures from the Indian Embassy in Abu Dhabi.

Dubai also has a Sikh Gurdwara and both Dubai and Abu Dhabi have Christian churches.