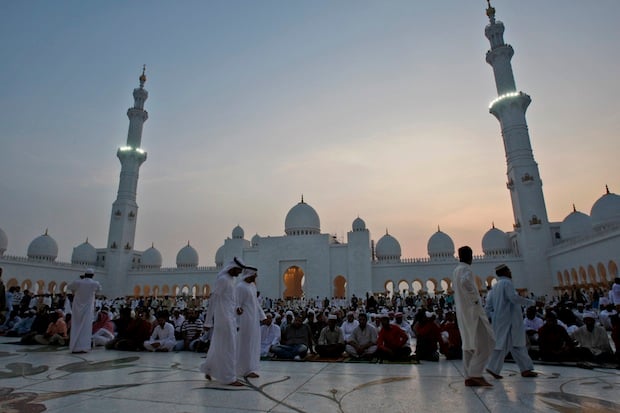 The UAE’s moon sighting commitee has announced that Thursday, May 17 will be the first day of Ramadan.

Abu Dhabi Judicial Department officials met after prayers on Tuesday to sight the holy month’s moon crescent under orders from the minister of justice.

State news agency WAM announced their determination that the eighth Islamic month of Sha’ban would continue until Wednesday, meaning Ramadan would start on Thursday.

“After investigation and following the legal ways of proof and communications with neighboring countries, where the holy month’s crescent moon was not sighted tonight, it has been decided that tomorrow, Wednesday, completes the month of Sha’ban and Thursday is the first day of Ramadan,” justice minister Sultan bin Saeed Al Badi Al Dhaheri said.

Saudi Press Agency confirmed the decision of the country’s Supreme Court on Twitter.

Both public and private sector staff will work shorter days for the duration of Ramadan as many employees are fasting.

The UAE’s Ministry of Human Resources and Emiratisation said on Tuesday that private sector establishments, institutions and companies would have to reduce normal work by two hours for the holy month.

The Federal Authority for Government Human Resources announced public sector working hours will be 9:00am to 2:00pm.

Schools hours will also be shorter and there are restrictions on eating and drinking in public and some workplaces during the daytime.

Read: Ramadan FAQ: Everything you need to know about the holy month

Times for public transport, parking and other services will vary.

The Gulf countries decide the beginning of Ramadan based on the Islamic calendar, which is linked to the moon’s 29 and a half-day monthly cycle.