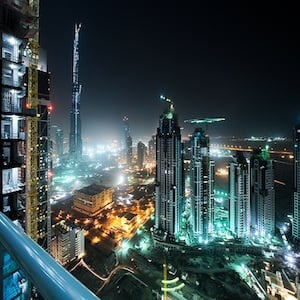 The UAE will issue its first federal sovereign bond between 12 and 18 months after it is prepared, Undersecretary of The UAE Ministry of Finance Younis Haji Al Khoori said on Wednesday, dampening expectations for an imminent issue.

Other senior ministry officials had previously been quoted as saying the UAE’s debut sovereign bond could come at the end of 2012, once a long-awaited public debt law is approved, and be worth about $1 billion.

Asked whether the Gulf Arab state had any plans to issue a bond this year or in 2013, Sheikh Hamdan, who is also a deputy ruler of Dubai, told Reuters: “No, we don’t have.”

Sheikh Hamdan, speaking during a visit to an exhibition in Dubai, also said that Dubai’s state-linked companies, which have been undergoing restructuring since a debt crisis in 2009/10, were in good shape.

“They are alright. We have no problem with the companies, everything is done and DEWA (Dubai Electricity and Water Authority) is in a good position,” he said.

His comments reiterated those of Sheikh Ahmed bin Saeed al-Maktoum, the head of Dubai’s Supreme Fiscal Committee and the uncle of the emirate’s ruler, who told Reuters this month that he was happy with the restructuring currently in place and the business performance of the state firms was good.

The UAE economy has been gradually recovering from the debt crisis, which forced the trade and property-focused emirate to restructure $25 billion worth of debt in its flagship Dubai World conglomerate.