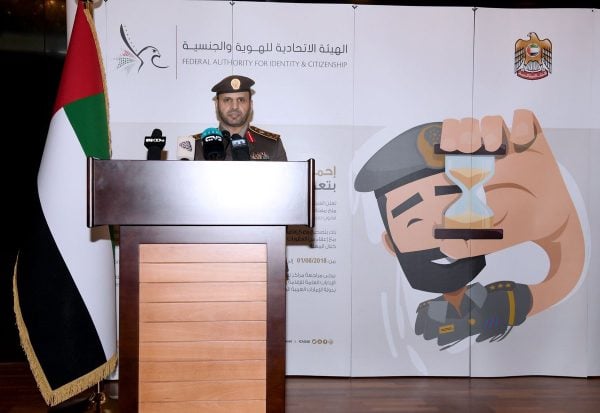 UAE authorities will officially begin an amnesty period for illegal residents and workers on August 1, according to state news agency WAM.

The amnesty will last until October 31 and allow any violators who entered the country before August to resolves their status and “return to the state with a new and unhindered visa” officials were quoted as saying.

Nine reception centres have been established to facilitate visa violators in the Shahama area in Abu Dhabi, Aweer area in Dubai, Sharjah, Ajman, Fujairah, Ras Al Khaimah, Umm Al Quwain, Al Ain and Dhafra. They will be open from 8:00am to 8:00pm Sunday to Thursday.

A call centre is also being established to receive questions and enquiries.

Details of the amnesty period, dubbed ‘protect yourself by modifying your status’, were first revealed last month after the country announced new visa rules.

The regulatory changes will allow those that overstay their visa to leave the country voluntarily without receiving a ‘no entry’ stamp. A new visa category for job seekers is also being introduced.

The Federal Authority for Identity and Citizenship said in June that the upcoming amnesty would allow illegal residents to correct their status without having any legal consequences, while also exempting them from overstay fines.

Brigadier general Saeed Rakan Al-Rashdi, director general of the Foreign Affairs and Ports Department at the authority, on Monday urged illegal residents to take advantage of the period.

“He noted that this latest initiative is unique and distinguished from previous efforts, as it grants violators to voluntarily present themselves so that they are entirely exempted from all fines and fees, or with the option to leave the UAE, without the issuance of a ban, providing for an opportunity to return to the UAE for new job opportunities,” WAM said.

Those that have fled their sponsor will be able to leave the country without a no-entry stamp, while those who entered the country illegally can leave without penalty but will be banned from returning for two years. The amnesty will also allow those wanting to change their sponsor and remain in the country to do so legally.

Al-Rashdi said processing would take about two days if all the right documents are provided including passport and former visa or residence number if applicable. Those wishing to transfer to a new sponsor must provide proof of the sponsor and a certificate of fitness.

He warned violators who failed to take advantage of the amnesty and those that harbour them would face legal action after it ended.

Separate visa schemes for nationals of countries affected by war and disasters and female divorcees were also last month.