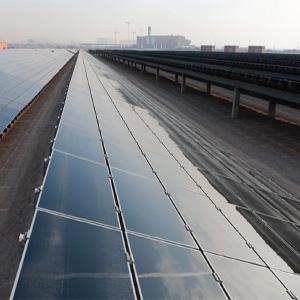 The UAE has been confirmed as the permanent headquarters of the International Renewable Energy Agency (IRENA), it was announced on Monday.

The UAE has signed an agreement with IRENA that recognises the legal status and capacity of the international agency to function in the country, official news agency WAM reported.

“Formalising IRENA’s permanent presence in Abu Dhabi is an important milestone for our country, and marks the first time an international agency is hosted in our region,” Dr. Anwar Gargash, UAE Minister of State, said in a statement.

The Permanent Headquarters Agreement is a continuation of a previous agreement signed in October 2010 that granted IRENA interim legal authority.

“Today’s agreement is historic,” said Adnan Amin, director-general of IRENA. “It provides the firm basis for the mission of IRENA to support the rapid deployment of renewable energy as a central element for international efforts to protect the global environment,” he said.

Abu Dhabi first defeated Germany and Austria to win the bid to host IRENA’s headquarters in 2009.

The move comes as the UAE increases its focus on developing renewable energy sources such as solar and nuclear across the country.

Abu Dhabi has set a seven per cent renewable energy target set for 2020, and Dubai plans to generate five per cent of its power from renewable sources by 2030.