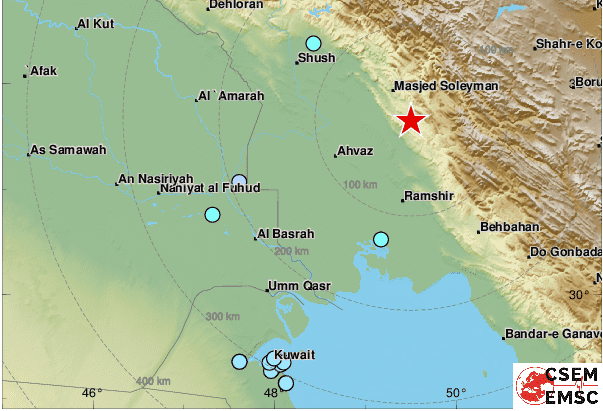 A 5.7 magnitude earthquake struck western Iran on Monday morning, 87km north east of the city of Ahvāz, with its effects felt in Kuwait, according to EMSC, which provides real-time earthquake information.

One person was killed and several injured in Masjid Soleiman in Khuzestan province where the quake occurred, according to media reports.

The tremor happened at 11.30am local time at a depth of 16.5km underground, according to the Seismological Centre in Tehran University.

A slight earthquake was felt on Monday in various parts of Kuwait as a result of the seismic activity in the region, the official Kuwait News Agency (KUNA) reported.

This M5.7 #earthquake was felt in Western Iran, KUWAIT REGION

Did anyone just feel the mini quake shake in kuwait? 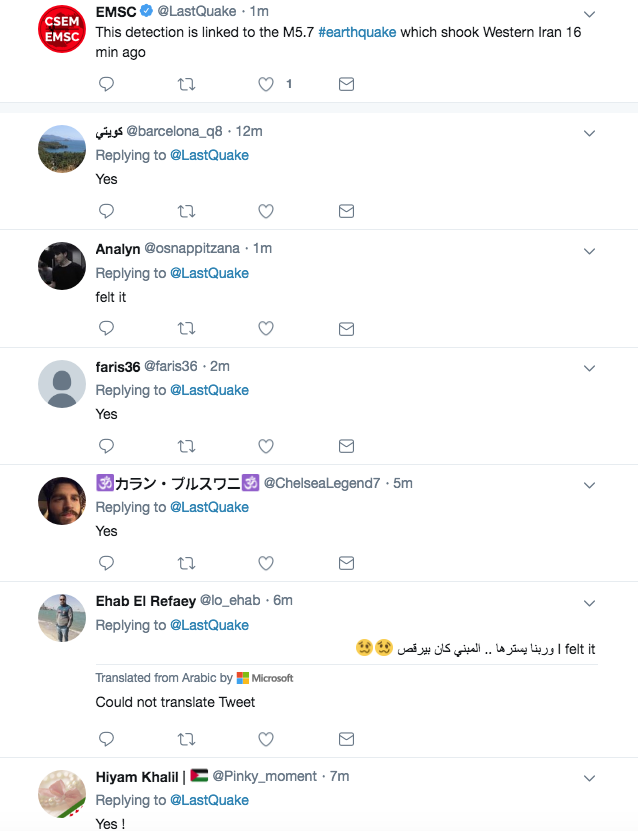 In May last year, Kuwait recorded an earthquake measuring 3.0 on the richter scale, which struck across eastern Kabd and southern Jahra.

In November, tremors were felt across Kuwait’s coastal areas after a 6.3 magnitude earthquake struck Iran near its border with Iraq.

In April last year, residents of Bahrain, Kuwait and Qatar felt tremors from an earthquake measuring 5.7 on the richter scale which struck southwest of Shiraz in Iran.

Iran sits astride major fault lines and is prone to frequent tremors. In 2003, a 6.6 magnitude quake killed 31,000 people in Bam.