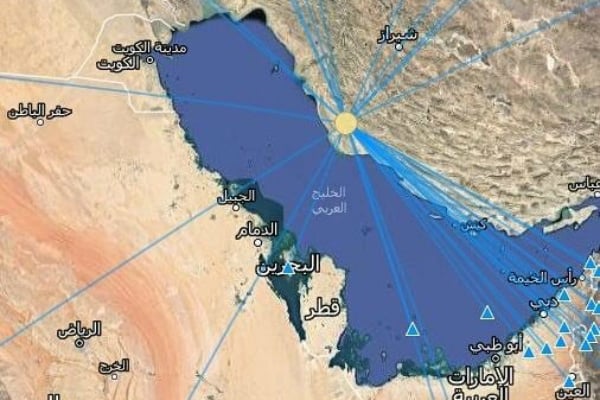 Residents of Bahrain, Kuwait and Qatar felt tremors from an earthquake on Thursday morning.

The quake, measuring 5.7 on the richter scale, struck southwest of Shiraz in Iran some 243km northeast of Bahrain, the kingdom’s news agency said.

“Some residents of Bahrain felt the earthquake due to the proximity of the epicentre from the Kingdom of Bahrain,” BNA said.

Residents in some areas chose to leave tall buildings in the immediate aftermath.

The Earthquake Observatory of the Kuwait Institute for Scientific Research said the quake was felt by people in the country “especially those living in the coastal areas, such as Al-Qantas, Al-Manaf and Musharraf”, according to state news agency KUNA.

Residents of Qatar also felt the quake and evacuated from tall buildings close to Doha’s West Bay area, according to AP.

The UAE’s monitoring network confirmed the quake but said it had no impact on the country, according to state news agency WAM.

There were varying reports of the earthquake’s strength from different sources, ranging from 5.5 to 5.9 on the richter scale.

Iranian state TV placed the earthquake’s epicentre near the town of Kaki, which is close to the country’s sole nuclear plant at Bushehr. There were no immediate reports of damage or casualties.

A major 7.3-magnitude earthquake hit the Kermanshah border area of Iraq and Iran last November killing more than 450 people and injuring thousands of others.