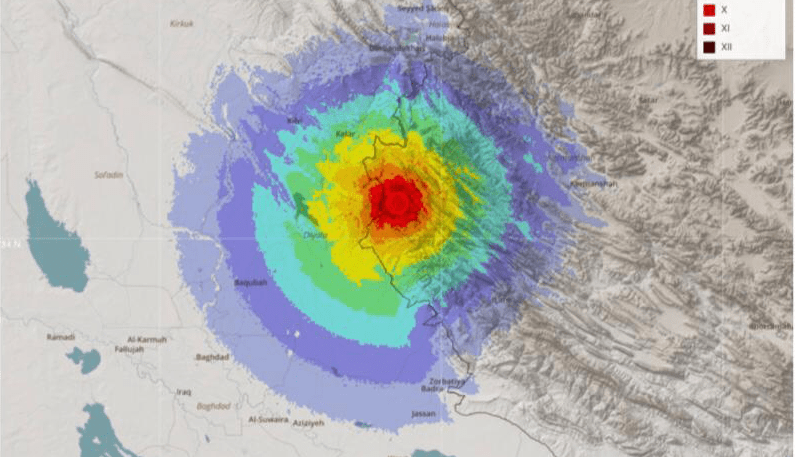 Tremors were felt across Kuwait’s coastal areas on Sunday evening, resulting from a 6.3 magnitude earthquake that struck Iran near its border with Iraq, the official Kuwait News Agency (KUNA) reported.

The aftershock, which occurred at 7.37pm, followed the quake recorded some 145km northeast of the Iraqi capital Baghdad, Kuwait’s Institute for Scientific Research seismic monitor said.

The earthquake’s distance to Kuwait was 581km, with a depth of 10km, KUNA quoted head of the monitor and crisis management department Dr Abdullah Al Enezi as saying.

According to the US Geological Survey, the quake occurred at a depth of 65km and struck 114 km northwest of the city of Ilam, close to Iran’s border with Iraq.

While no fatalities have been reported in Iran, more than 600 people were injured – most of whom have been treated and released, Iranian officials said.

Local media reported minor damage at some buildings in the Kermanshah province, although electricity has been restored in most of areas hit by the tremor.

“Fortunately, the quake was not near bigger cities. But it might have caused damage in villages and I hope not that many villages are located where it hit,” Ali Moradi, head of Iran’s seismology centre, told state TV.

Last year, over 600 people were killed and thousands injured in Kermanshah province when it was hit by a 7.3 magnitude earthquake – Iran’s deadliest earthquake in more than a decade.

Iran sits astride major fault lines and is prone to frequent tremors. In 2003, a 6.6 magnitude quake killed 31,000 people in Bam.