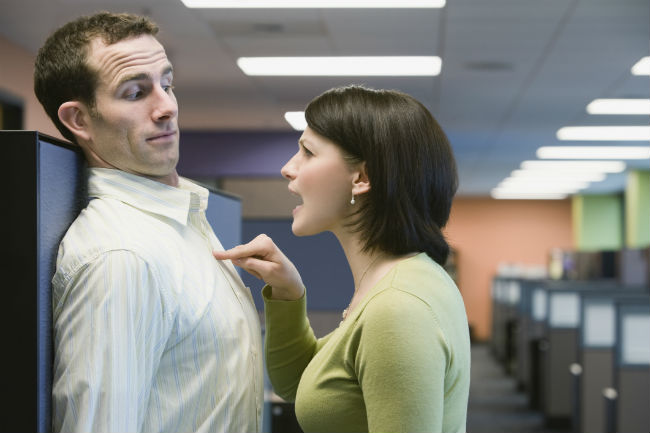 One of the rules of being a boss is standing by their troops. In other words, always trusting in their team. Unfortunately, staff don’t always feel they have to show the same in return. Disloyalty can come in many forms in the office: pointing out your boss’ mistakes, going above them on a decision or ignoring their requests. Any of them are enough to make your boss dislike you.

Truthfulness is a big cornerstone in the boss-staff relationship. Lying that you forget about a meeting, or your computer didn’t save your work, or send that email, or phone that client, are all things that over time will destroy the relationship. When your boss can no longer trust you to perform your job properly, then why would they want you there?

We may all be on the job ladder with career growth and future promotions in mind, but blatantly wanting your boss’s role and believing you can oust them is risky business. Ultimately if you’re good enough for the position, and your boss acknowledges that, there should be room to work together. But when you start planning a method to overthrow them, the ending’s never going to be pretty.

9. You’re good and you know it

All bosses want the best staff available as ultimately, they only look as good as their team performs. But a swaggering arrogance alongside exceptional ability is never favoured. Being brilliant at your job, to the point of your boss’s equal, can be worrying enough for your manager. But with humility and humbleness they should continue to let your flourish. When you start lauding your success over your boss’s head though, that’s when they’ll begin to despise you.

Your boss is probably the most overtly motivated person in the office – they have to be. If they don’t show any energy and enthusiasm then what chance do their staff have? But if you quite obviously have no desire to be in the role and counter everything your manager says with a negative comment, you’ll quickly become unpopular with them. Negativity can be a disease within a team and your boss will soon look for a vaccine.