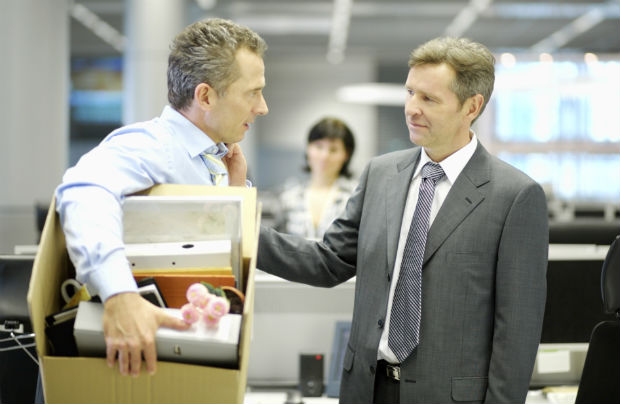 With an unsteady world economy and a global job market struggling beneath the weight of the unemployed, many would conclude it’s an absurd time to quit your job for greener pastures. But, historically, statistics show that no matter the global outlook, people will leave their jobs at anytime, all depending on certain factors.

It may sound like an obvious reason, or to some a pathetic one, but simply being unhappy with your work is enough to see someone go. Unhappiness can come from a number of reasons (some listed below) but a general feeling of being underemployed and bored to tears will see even the hardest working and valued employees walking for the door.

2. The boss
Getting on with your manager cannot be understated. While caution should be exercised from taking it too far – inviting him or her around for dinner with your spouse every night of the week is pushing it – keeping things at the very least amicable is essential to sticking in your role. In some cases the stress of maintaining a faux friendship with the person who dictates what you do for forty hours of the week can be too much, and once that relationship breaks down and crosses the point of no redemption, employees will be begging for the exit.

3. Salary
While it’s nice and dreamy to imagine a world where the amount you get paid doesn’t matter, the reality is your salary will determine what you can provide for your family and friends, and as such a high income is a priority for many workers. Raising the subject of a pay rise is a tricky topic in the employee-company relationship and ultimately if a member of staff feels they’re being underpaid for their work and, more importantly, knows they can earn more elsewhere, it won’t take long before they hand in their notice.

4. Starting your own business
If any or all of the above, and below, applies to you, then you’ve probably dreamt of one day running your own company and being your own boss. For some it just never feels right being told what to do in the workplace and the lure of dictating your own hours, dress code and annual leave allocation is too tempting to ignore. Many entrepreneurs insist starting a company from the depths of a recession is the trick, so the time could be now.

5. The company’s struggling
Contrary to an employee leaving because of their own inability, often it can be the company’s instability that forces a person out the door. Sticking by your employer through rough seas is all very noble and loyalty is a valued commodity, but the harsh reality is it’s a dog-eat-dog world, especially in the current climate. If the ship’s going down you may find some employees would rather jump and join the enemy rather than stay on board.