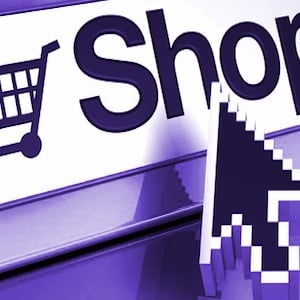 There is something bittersweet about daily deals websites. Everyone loves a discount, but few enjoy presenting coupons. Businesses are also torn. Increased traffic is never a bad thing but what does it do to brand equity? And who are these hordes of bargain-hunters anyway?

In the last two years there has been a proliferation of online deals and group buying businesses in the Gulf. Mostly, this has been in reaction to a global trend for discounted products after the recession.

Local contenders included GoNabit, arguably the first to cater to the Middle East when it launched in May 2010. It was followed by Cobone in September of that year. Both claim to have saved their customers millions of dollars on experiences in the UAE, Saudi Arabia, Qatar and further afield in Lebanon and Egypt.

Groupon set up a UAE website last March, and then in June, Washington DC-based LivingSocial, the second group buying leader after Groupon, bought GoNabit for an undisclosed amount.

“There is a lot of value to be extracted from connecting local business in the Gulf to the internet,” said Omar Christidis, founder of the digital hub Arabnet. “Group deals are the tip of the iceberg.”

He argues that the boom in e-commerce is being driven by these simple transactional businesses. “It sidesteps the need for investors that often come with a long time horizon. Today, you can set up and start making money.
“And start-ups are being incentivised by the buyouts we’ve seen like LivingSocial’s acquisition of Gonabit. Fundamentally, people feel empowered to do something,” he added.

For businesses, discount sites have so far been used as a low-risk marketing tool. Paul Kenny, CEO of Cobone, said: “It’s the most effective way to market your brand compared with traditional methods like radio, newspaper or billboards. With this, you are guaranteed a measurable return.”

But he dismisses criticism that businesses are being turned off by the throngs of bargain-hunters. “We sit with companies’ marketing and operations teams and see how we can fit with their model. So far, 85 per cent of businesses that sign up with us, repeat with us.”

“If there are lots of complaints about a business we will meet with them and discuss the problem, and reserve the right to blacklist them. Companies have to remember that our members are highly social and are not shy to share their experiences.

“Conversely, if customers are out of line during their experience then we will contact them. In this way the merchant is being protected,” Kenny added.

Others have faced issues around brand degradation. Dan Stuart, managing director of LivingSocial Middle East, said in the beginning his conversations with the likes of Atlantis, Fairmont and Ferrari World started with these concerns. “But we emphasised that our mission is to create a brand-positive experience.

“A lot of it is the way in which you promote an experience, for instance we’ve introduced caps on the number of vouchers sold. By doing this we’ve probably left money on the table but we’re seeing it as a long-term strategy.
“It’s also about emphasising the repeat customer idea in the deal’s description. Some of our competitors are saying things like, never pay full price again. Our message is different: get a great experience out of the deal first time and go back and try it full price,” he added.

There have been moves in the West to diversify as the market for vouchers-only sites become saturated. E-mail inboxes in Europe and the US are sometimes peppered with dozens of offers. It’s becoming an uncomfortable reality that after the initial exuberance, there are more daily deals businesses closing than opening.

Given the nascent market, businesses in the Gulf will still enjoy more consistent e-mail performance. But the spectre of the crowded market place is looming. Deal sites are therefore looking beyond their function as a marketing tool.
LivingSocial recently opened a physical location in its native Washington DC. The space recently hosted a series of classes by master chefs in what the firm is calling its test-kitchen.

Stuart added: “We would be looking to expand laterally in this sense in the region although it will take some time. As a business model it’s still in its infancy, especially in the Gulf. Long term we’re looking at it more like a sales channel rather than just a marketing channel.”

Therefore, it’s become a case of adapt or die. If the Gulf’s daily deals industry can quell descent from disgruntled business owners and customers, then it stands a shot at making its presence permanent. Inevitably, the marketplace will become congested like in the West. When the current honeymoon period ends, the hard work starts.