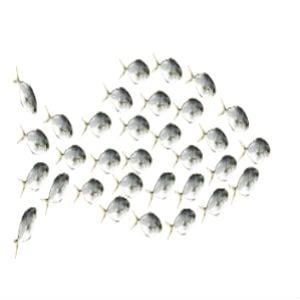 Small and medium-sized businesses in the Emirates have often had their gripes about being overlooked in terms of bank finance. But SMEs have increasingly become a force that’s difficult to ignore.

They are thought to comprise around 80 per cent of the total UAE economy and according to Moneyworks will add $100 billion and two million jobs to the wider GCC over coming years.

This has not escaped the UAE government’s attention. Earlier this year the Mohammed Bin Rashid Establishment for SME Development (Dubai SME) launched the SME 100, for the top hundred small businesses that qualify against a number of financial and non-financial evaluation criteria.

In Abu Dhabi, the Khalifa Fund, with a total capital investment of Dhs2 billion, is designed to foster Emirati entrepreneurship through training, development and consultation. ZonesCorp, which develops and manages specialised economic zones in Abu Dhabi, will reportedly offer 25 per cent discounts on land for business start-ups via the Khalifa Fund.

The UAE government has recently been in discussions with banks about opening funding facilities for small businesses. Firms that qualify for initiatives such as the SME 100 and Khalifa Fund will likely get easier access to funding from banks and investors.

On the surface this may be a positive. However, there is the possible cause and effect that other promising and innovative firms may become starved of finance simply because they are not part of these initiatives. Banks will need to be wary of not skewing the playing field.

Nicholas Levitt, head of CMB, HSBC UAE, doesn’t believe this to be an issue: “There are in the region of 175,000 SMEs in the UAE. If a bank only lends to businesses involved in these initiatives it will have a tiny market share.”

Tom Smith from United Arab Bank adds: “There are several banks that have launched their SME propositions for the first time. The various government-led initiatives such as SME 100 or the Khalifa Fund have been welcomed by the banks as they give additional impetus to the sustained growth and development of the segment… SMEs are the backbone of any emerging economy in general and the UAE in particular.”

Lending attitudes certainly seem to be changing – at least when you talk to banks. In recent years many have developed dedicated departments to service small businesses. One of the earliest entrants was HSBC, which launched its dedicated SME department, Business Banking, around eight years ago. In 2010, it signed an MOU with the UAE Ministry of Economy, committing $100 million towards SMEs and extended it by a further $100 million this year.

Yet, concedes Levitt, while the financial crisis impacted all areas of the market, SMEs were one of the hardest hit.

“More recently there has been a renewed level of interest towards SMEs, with up to 10 banks pushing this specifically,” he comments. “Other international banks have pulled away from the sector. They’ve downsized their footprint in the country and consolidated towards more-specific activities – corporate banking for example. HSBC’s SME loan book has grown faster than its corporate one.”

Another reason for banks to focus on SMEs is the tightening of the personal loan market, with recent stipulations such as a compulsory 20 per cent down payment on vehicle loans and maximum debt burden ratio of 50 per cent of gross income. With a decreased level of consumer lending, banks will need to find sources of interest income from other segments of the economy. One of the beneficiaries, it is thought, will be SMEs.

This will be welcome news. Up to now, says one industry source, small businesses have accounted for less than two per cent of bank lending portfolios. This compares to an average of 12-15 per cent in some more developed countries.

“Banks naturally like to diversify their portfolios and SMEs offer a large and diversified base of customers,” he feels. “This helps in overall risk management of the lending portfolio (within) one of the most dynamic segments of the economy.

“During and after the recent downturn, SMEs were amongst the more resilient entities – primarily driven by the entrepreneurial spirit of their owners,” he continues. “This has resulted in an increased confidence amongst bankers. Banks are equal partners as their role isn’t simply lending but also guidance and continuous mentoring for new start-up SMEs.”

Digital electronics supplier, Merlin Digital, operates two retail stores in the UAE, in Sharjah and Dubai. As for SMEs being resilient to the downturn, “It may be due to a lower cost structure and less red tape, allowing decisions (to change) based on shifting market realities almost immediately,” says the company’s director, Suhail Bachani.

“On a broader spectrum it is evident that many SMEs not only survived the global economic crisis but have also witnessed growth,” adds Vikas Thapar, head of business banking, Emirates NBD. “Smaller lending (amounts) to SMEs within diversified industries makes more economic sense from a risk and revenue perspective. Most banks [in the region] have now realised the significance of the lucrative SME segment and it is encouraging to see them start dedicated offerings. “

The growing issue of nationalisation has played its own part in the encouraging the entrepreneurial spirit. Emirates NBD’s own initiative, Tomooh, focuses on providing assistance to young UAE entrepreneurs. The bank has also launched its Seed Capital initiative offering up to Dhs2.5 million for UAE nationals to start their own enterprise.

Resilient as some may have been to the downturn, SMEs don’t always agree with bank rhetoric. “I personally don’t think banks were ever a good support to entrepreneurs,” feels Mohammed Johmani, founder of the O2 Network, a marketing communications, PR and branding firm. “It is not about establishing SMEs, it’s about establishing a culture. One returned cheque in your account means the end of your relationship with the bank, while a delayed payment by just days means the end of your record with them. Banks need to start learning the entrepreneur’s language.”

As Mona Syed-Mirza, CEO, Biolite Aesthetic Clinic recalls: “(Pre-downturn) it was very important to have sufficient start-up capital, as UAE laws for setting up a company as a free zone LLC required a Dhs300,000 cash deposit. Obtaining finance was next to impossible. I needed three years of trading accounts and had to return to the UK to obtain finance to set up in Dubai.”

Even now, start-ups may be out on a limb. As Noor from Mashreq explains, “Every bank has its own individual criteria for assessing risk before a loan is given. Banks would like to see the track record of financial and other business performance as part of their credit assessment. Additionally, banks generally support established businesses. They are not into venture capital or angel funding.”

Equally, many small businesses that can minimise their debt may certainly choose to do so for as long as insolvency laws remain largely unformulated and default could mean jail.

As Johmani comments, “SMEs are all about risk and making mistakes. I believe there is so much to be done in this area by the banks and they are held responsible for the lack of entrepreneurs in the region.”

As Mohamed Amiri, deputy CEO, Ajman Bank comments, “The SME sector is a huge, untapped opportunity for banks. It is therefore vital they make SME financing simple and accessible so as to nurture the engines of economic growth and employment creation.”