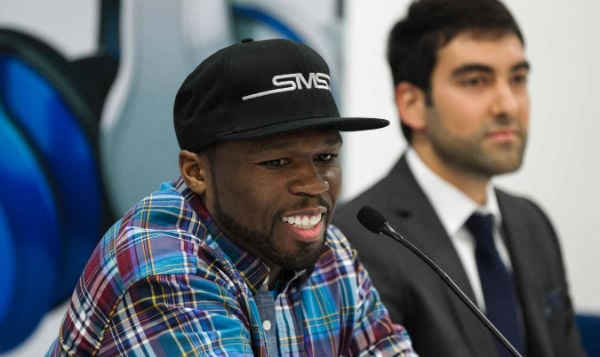 15.40
Acer has announced that it was number one for notebooks in the UAE during Q2 2012 with a market share of 17.6 per cent, a 230 per cent growth year-on-year. The company has plans to introduce more new products this year, including Windows 8 powered Ultrabooks and tablets.

Seems like consumers in the UAE are soon going to be bombarded with a wide range of branded (and unbranded) tablets.

11.25
One of the most common words used at Gitex this year is ‘cloud.’ Everybody is talking about it, and according to Eyad Shihabi, managing director of HP Middle East, cloud adoption in the Middle East is almost matching adoption worldwide.

“Around 60 per cent of the people that we surveyed are looking at adopting some sort of cloud technology in different ways – whether it’s the infrastructure or application, between now and the end of next year,” he told Gulf Business. The biggest barrier for companies is that they are unsure on how to implement it, he says.

10.30
And it finally comes down to the last day of a busy, tech-filled week. The organisers, Dubai World Trade Centre (DWTC) say the event has been a big success.

Trixee Loh, senior vice president at DWTC, said: “This year has been hugely encouraging in terms of the sheer volume of deals, previews, partnerships and announcements.”

15.00
Gulf Business was suprised to note that Lenovo does not have an independent stand at Gitex this year. And so we met Oliver Ebel, executive director and genaral manager of Lenovo MEA at Ibis hotel, and he explained that the company had a strong presence at the shopper event and is partnering with Microsoft and few other distributors for the Gitex Technology Week.

But he did have some positive figures to share about Lenovo’s performance in the region; its marketshare (in MEA) has increased 46.6 per cent year-on-year during the third quarter of this year to reach 7.5 per cent, according to preliminary IDC results. The company is now number five in its sector, said IDC.

12.00
Gulf Business has been speaking to Intel’s GM of Gulf Countries, Nassir Nauthoa, who has revealed the global giant is jumping on the bandwagon and entering the smart phone and tablet markets. He said the company will wait until after Windows 8 has launched before introducing its own devices to the market – likely to be during next year. Nauthoa predicts there will be 15 billion internet devices worldwide by 2015, supporting the shift to focus more on cloud technology and better security.

11.15
50 Cent has held a strong press conference, announcing the official launch of his new headphones here in Dubai. He revealed the units have already been selling well since the soft launch four weeks ago, possibly due to the charity angle – a percentage of every pair of headphones sold will go to Dubai’s Autism Centre. He said: “This is a great venture, Dubai has a great reputation; it’s the place to be. You can steal and download music but you can’t steal a headset.”

10.30
The fourth day of Gitex has begun and one of the more eagerly anticipated announcements, mainly because of who is making it, is about to take place. US rapper turned businessman 50 Cent is about to launch his new SMS Audio brand of headphones in partnership with Shift LLC, here at Dubai’s World Trade Centre.

In true celebrity style the musician is keeping the press waiting. Will he enter to one of his own songs? We’re about to find out…

15.45
Social networking is growing faster in the Middle East and African than anywhere else in the world, largely due to the Arab Spring, says a new report released by eMarketer and the Starcom MediaVest Group. Some 70.2 per cent of the region’s internet users will use social media this year, the report estimates. But that group represents just 11 per cent of the MEA’s population, it adds.

14.40
Video conferencing has become very popular among oil and gas companies in the Middle East, Gary Rider, the EMEA president of Polycom told Gulf Business. The company has developed technologies using which high-quality video conferencing can be done through any device – an iPad, laptop or an Android phone. So in case an oil company faces a problem offshore, the person on site can immediately ‘show’ his managers what the issue is, which is very beneficial and saves time, said Rider.

12.00
The funding for tech start-ups is very low in the region, according to angel investor PK Gulati. Most investors in the region are reluctant to fund start-ups and smaller companies because of the high risks involved. The huge costs involved in setting up a company and the strong fear of failure work against promoting entrepreneurship in the region, he said.

17.00
Gulf Business just spoke to the very energetic and optimistic Communications and IT minister of Egypt, Hany Mahmoud, who says that the country’s tech sector has continued posting growth rates despite the political unrest.

In his opinion, the telecom and IT companies in Egypt will hire around 20,000 new employees in 2013. “It is a lot of people, but less compared to the 400,000 students that graduate every year,” he added.

14.00
Yesterday we told you there was more coming from STC and true to our word we’ve heard from our source on the tie-up with Wikipedia and a new partnership with Hilton Hotels. Read all the details here.

13.30
Gulf Business has been chatting to one of the world’s biggest companies, Microsoft, who had some interesting news to reveal. The global technology giant is planning to launch its first Arabic enabled phone at the end of October, around the same time it unveils its new software, Windows 8, to the world with an exclusive Dubai launch. Read the full story here.

13.00
Gulf Business just saw some massive LED screens – up to 90-inch tall (that’s more than double the size of your 42-inch TV)- at the Sharp stand. These “ultra large” displays, as the company calls them, are yet to be introduced in the market, but Tomooo Shimizu, director of Business Solutions Division at Sharp Middle East told Gulf Business that they have received a lot of interest from the region.

Not hard to believe, considering that they would fit in perfectly with the huge, in-your-face displays so characteristic of malls in Dubai.

12.15
Global technology company Emerson just announced a $25 million investment to create a technology and innovation centre in Saudi Arabia in partnership with the King Fahd University of Petroleum and Minerals.

The centre will be located in the Dhahran Techno Valley and construction is expected to be completed in 2014.

It certainly seems like the Kingdom is attracting a lot of R&D investment- GE recently announced a $1 billion investment, a part of which will be used to build an innovation centre, and Dow Chemicals also said that it is increasing R&D spend in the country.

11.00
Further announcements from STC are expected today but the first gossip Gulf Business has heard of is a new product from Gemalto called the eGO which allows users to unlock their front door simply by touching the handle. Futuristic stuff – more to come.

10.45
Entering the Dubai World Trade Centre today was (thankfully) not as arduous as it was yesterday. The crowds are still plenty, but the buzz has settled a bit.

17.00
Another royal visit as His Highness Sheikh Mohammed bin Rashid Al Maktoum makes his arrival at Dubai’s World Trade Centre for Gitex. He steps out of his modified Mercedes which ironically looks more equipped with the latest electronics than any stand in the building.

15.00
Gulf Business has been at the Ford stand as the car manufacturer unveiled its new 2013 Taurus model. The car will boast a biometric seat which will be able to monitor the driver’s temperature levels, heart rate, respiration and other key indicators of stress. Read the full story here.

14.30
STC has had a busy start to Gitex, announcing new partnerships with Huawei and Ericsson. The Saudi telecom giant’s new collaboration with Ericsson will allow “users to control their budget while they are roaming,” says Ericsson AB’s president, Ali Eid.

STC’s marketing communications director, Abdulaziz Abdullah al-Shamsan said “it is a strategic relationship. It will give users roaming outside Saudi Arabia the ability to control their data usage.” Read the full story here.

STC’s stand seems to be the one to watch today – an insider has told Gulf Business more announcements are taking place throughout the afternoon including a tie-up with website Wikipedia. Watch this space.

14.00
Etisalat are conducting a live social media experiment here at technology week, making quite the fanfare about it. Interesting idea from the UAE telecoms giant. Keep an eye on twitter to see if it takes off.

13.20
Most consumers in the Middle East take IT security for granted, says Aji Joseph, the general manager of security provider ESET Middle East. Unless they are personally affected, they remain unaware of the rise of cyber-crime in the region, he said.

He provided a basic three-point guide to consumers to avoid a virus attack:
a) Buy genuine anti-virus software
b) Constantly update it
c) Don’t click on unknown links via social media, or open attachments that seem irrelevant

11.45
The royal presence has arrived at Gitex – His Highness Sheikh Hamdan bin Mohammed bin Rashid Al Maktoum, crown prince of Dubai and HH Sheikh Maktoum bin Mohammed bin Rashid Al Maktoum are walking through the exhibition centre stopping at several of the stands. As a result of the security presence, the media has actually been refused entry into the main hall until 1pm, a first for Gulf Business. Many reporters now left sulking in the media centre. What’s that saying? The Devil makes work for idle thumbs…

11.00
The much awaited technology week in Dubai finally arrives. The crowd is unbelievable. Queues are long, security is tight and the atmosphere is buzzing with anticipation. The Gulf Business reporters waited over 30 minutes to squeeze through the throngs of people and locate the media centre.

Gitex Organisers, Dubai World Trade Centre, said that they expect over 1,000 launches this year. Some of them include the official launch of the SMS audio headphones as part of a partnership between hip-hop megastar 50 Cent and UAE-based company Shift (yes, 50 Cent will be here); Microsoft’s preview of Windows 8 which is expected to be available on October 26; and an electronic book reader in the Middle East by Merlin.

Over the next five days, Gulf Business will bring you all the latest from Dubai’s biggest technology event.