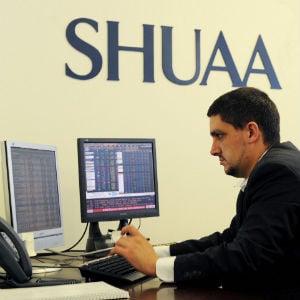 Dubai’s Shuaa Capital reported that its net loss for the first quarter of the year reduced by 67.6 per cent to reach Dhs8.5 million, compared to Dhs26.3 million during Q1 2011.

“This is a result of continued cost cutting measures including a reduction in the number of employees, primarily from brokerage, following the exit from the company’s retail brokerage business, and a significant reduction in annualised rent related expenditure,” the statement said.

“Shuaa Capital plans to further improve this operating cash expenditure to below Dhs3 million per month by the end of the first half of 2012,” it added.

The company shed around 60 employees by the end of December 2011, according to Reuters.

The company’s total assets reduced slightly to Dhs1.57 billion compared to Dhs1.6 billion at the end of 2011. Its cash position improved to Dhs345.1 million from Dhs340.2 million because of the drop in operating costs and expenditures, the statement said.

Total liabilities fell to Dhs405.8 million from Dhs437.2 million due to a reduction in medium term debt levels.