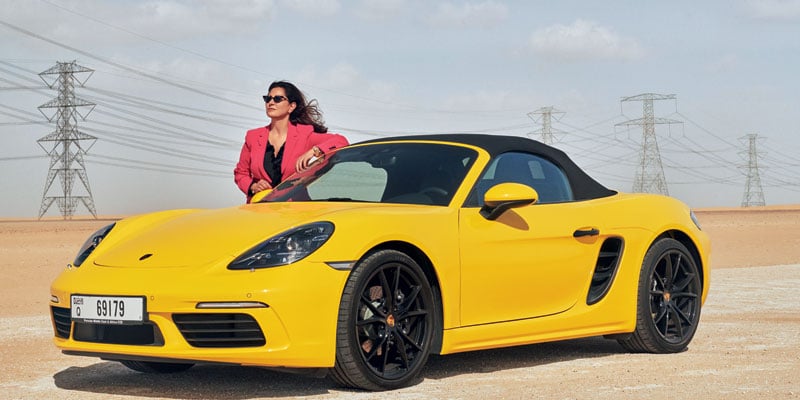 The Porsche 718 was a sportscar whose significance can barely be overstated. In 1956-57, Porsche designed the 718 with a refreshingly new approach to car design. It wasn’t about adding muscle under the hood (it featured only a 1.5-litre flat-four engine), but one that instead focused on combining that modest engine with a light tubular spaceframe making the car a top-notch challenger on the track. It finished on the podium at the 1958 Sebring 12 Hours and also won at the gruelling Targa Florio endurance race in 1959 where it beat the competition who were running monstrous V12 engines.

In 2016, when Porsche introduced the fourth-generation of its Boxster sportscar, it changed the name of the car to Porsche 718 Boxster in a salute to that iconic racing car from the Fifties and Sixties. When transitioning from the third generation to the fourth generation of the Boxster, Porsche reduced the number of cylinders from naturally-aspirated flat sixes to turbocharged flat-fours. Adding the 718 nomenclature was Porsche’s way of indicating that a reduction in engine size didn’t translate into a reduction in power – or even downsizing the thrill of owning a sportscar. On the contrary, it could be as entertaining a sportscar, if not more, than any of its big-engined peers.

The mid-engined Boxster, like the 718, was a pathbreaker in itself. When it made its debut in 1996, it was Porsche’s first road vehicle to be originally designed as a roadster and was an instant success – it was the carmaker’s best-selling model from 1996 until 2003 when the Cayenne made its debut.

Sportscars, for decades starting from the seventies, were positioned and marketed as testosterone-fuelled machines where razor-sharp edges and a brash aesthetic were de rigueur and predominantly positioned as cars designed and marketed for men. The Boxster, like the original 718 from many years before, offered a refreshing alternative that in a way democratized sportscars for a generation by showing that car design and build needn’t be an exclusionary exercise. The Boxster did away with sharp edges and instead favoured a softer design with curved corners, less menacing air intakes, round headlights – it was a design that spoke to both men and women.

And so it continues with the current model of the Porsche 718 Boxster whereby with its sleek silhouette and small, yet powerful engine, it is a car with universal appeal.

As a proper sportscar, Porsche has paid as much attention to the car’s performance as it has to the styling department. It comes in two guises: the 718 Boxster and the more powerful 718 Boxster S.

As is essential for a car that has remained front-and-centre of attention over multiple decades, it has also bettered itself with every new update. The latest guise of the 718 Boxster models are 13 per cent more fuel-efficient than their predecessors. 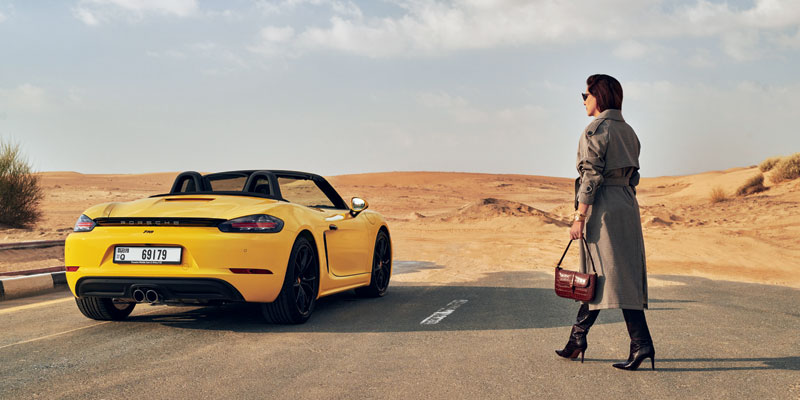 Via a seven-inch touchscreen on the centre console inside the cabin lies the nifty Porsche Communication Management (PCM) integrated infotainment system that has several connection options including Bluetooth, USB, SD cards and even CDs and DVDs. Within the cabin, you’ll also find a steering wheel devoid of any controls – a refreshing break from otherwise cluttered steering wheels that have far too many switches, buttons and knobs.

The fabric hood of the convertible that can protect that cabin from the elements can be retracted in nine seconds at the touch of a button, even when the car is being driven at speeds of up to 50kph.

Individually and across generations, the 718 and Boxster have offered enthusiasts a different vision of what a sportscar can be. Now, the 718 Boxster takes that idea a step further by offering contemporary styling, a powerful – yet compact – engine and an aesthetically-designed interior, together which open up a dialogue about the future of sportscars, with Porsche having an authoritative and dominant voice in that conversation.

Priced from Dhs246,800 the 718 Boxster models are now available at Porsche centres across the United Arab Emirates.