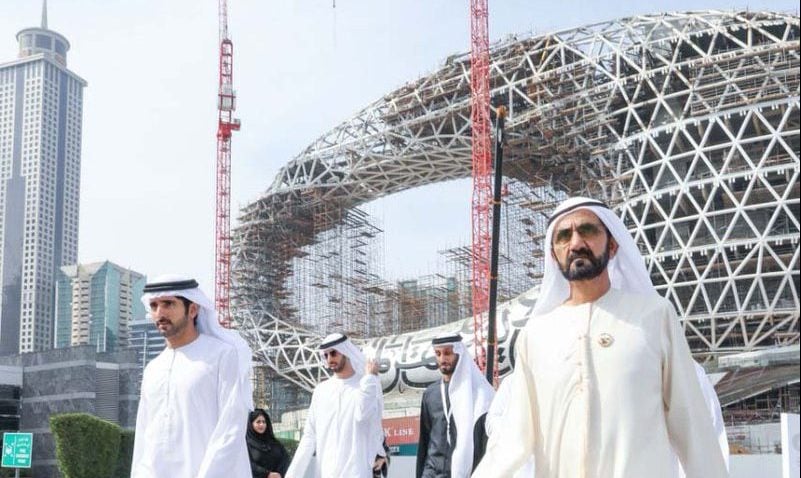 Sheikh Mohammed bin Rashid Al Maktoum visited the construction site for the upcoming Museum of the Future in Dubai to inspect the progress of the work on Saturday.

The Vice President and Prime Minister of UAE and Ruler of Dubai was briefed on the various aspects of the structure, which is set to open in 2020.

The Museum of the Future was originally due to open in 2017 after being unveiled in 2015. However, last year officials said its opening would be pushed to 2020.

Read: Opening of Dubai’s Museum of the Future pushed back to 2020

The building, which features a unique design with Arabic calligraphy on its exterior, will serve as an incubator for futuristic innovation and design.

Sheikh Mohammed also reviewed other projects and initiatives being undertaken by the Dubai Future Foundation including Dubai 10X, the $270m Dubai Future Accelerators, Dubai Future Academy, and One Million Arab Coders initiative among others.

He also toured Area 2071, an interactive platform that targets initiatives for the future. The project is part of the UAE Centennial 2071 plan under which the country seeks to become known as the world’s best in areas including education, economy, government development and community cohesion.

Area 2071 has been designed to bring together venture capital, research and development, innovators, entrepreneurs, start-ups and SMEs. It also houses all UAE government accelerator programmes that aim to support innovation in government.