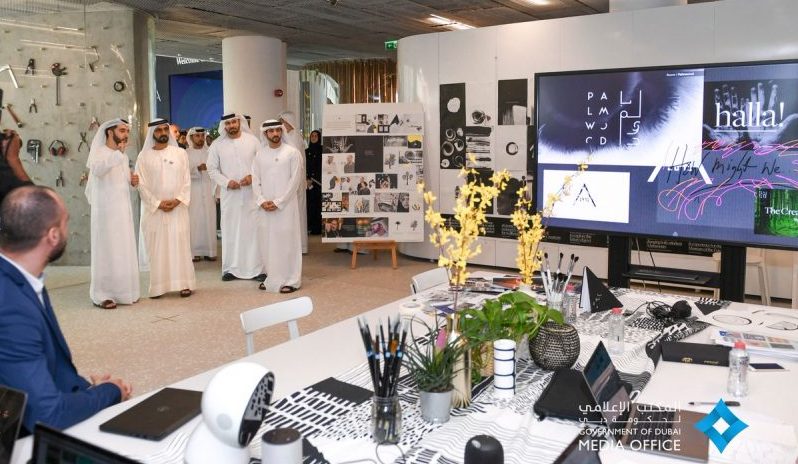 Dubai Future Foundation has appointed Maha Khamis Al Mezaina as a director of Area 2071, an interactive platform that targets initiatives for the future.

The project is part of the UAE Centennial 2071 plan under which it seeks to become known as the world’s best country in areas including education, economy, government development and community cohesion.

Launched in 2017, it was opened by UAE Vice President and Prime Minister and Dubai’s ruler Sheikh Mohammed bin Rashid Al Maktoum in May 2018.

Area 2071 has been designed to bring together venture capital, research and development, innovators, entrepreneurs, start-ups and SMEs. It also houses all UAE Government Accelerators and the $270m Dubai Future Accelerators programmes that aim to support innovation in government.

“Today we opened Area 2071, the interactive platform that gathers creative minds, and reflects partnership public and private sector, and innovators to develop creative solutions, implement ideas to serve humanity and design a better future for next generations,” Sheikh Mohammed said, during its opening.

“Area 2071 reflects the UAE’s ambition to be a key player in building the future. It is an open laboratory to learn, develop ideas and experiences, and design the future, as well drafting a better future for humanity.”

As its director, Al Mezaina will oversee the management and implementation of projects and initiatives of Area 2071, a statement said.

A graduate of the UAE Government Leaders Programme, Al Mezaina has worked with Dubai Future Accelerators, Museum of the Future and Dubai Future Academy. She has also worked in the Prime Minister’s Office in the Ministry of Cabinet Affairs and the Future.