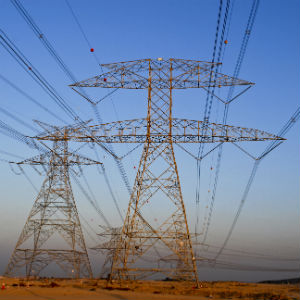 Saudi Electricity Company (SEC) said that it has received a $1.4 billion loan from a group of international banks to help finance the construction of a power station in Rabigh.

The 15-year loan will be repaid in bi-annual installments after a three-year grace period, SEC said.

HSBC, Bank of Tokyo-Mitsubishi, Sumitomo Mitsui, and Mizuho Corporate Bank participated in the financing. The loan is guaranteed by the Export-Import Bank of Korea and Korea Trade Insurance Corporation, the utility said.

Saudi Arabia’s population is rapidly growing, and electricity demand is expected to rise by seven per cent per year. The Kingdom’s power generation capacity is also estimated to grow by 25 per cent over the next four years.

To meet this demand, SEC plans to invest around $10 billion each year over the next five years on its projects. And the utility has relied on the government and banks to meet its funding needs.

“Since 2007, SEC has issued SR19 billion worth of Sukuks and has benefited from two SR15 billion 25-year interest-free soft loans from the Saudi government, with a further material SR51 billion line granted in 2011,” said a recent report by Moody’s.