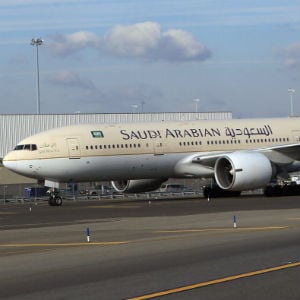 Saudi Arabia’s Capital Market Authority (CMA) has given approval to Saudi Arabian Airlines for an initial public offering of 30 percent of its catering unit, the regulator said in a bourse statement on Sunday.

The long-awaited share-sale in Saudi Airlines Catering Company has been anticipated by investors as it is the first part of the Saudi flag carrier, one of the Kingdom’s largest state-owned entities, to be listed.

The offering, which will consist of 24.6 million shares, will be sold to the public between June 18-24, following a period of bookbuilding which will decide the price which prospective investors will pay.

“It is good to hear it has been approved, but the offering is not large. It’s a mid-sized cap and we need to know the price to evaluate the offer,” said Hisham Tuffaha, asset manager at Bakheet Investment Group.

The IPO, which analysts have formerly estimated will be worth between $400 million-$540 million has been delayed before, with the company initially targeting a flotation date in late 2010.

Credit Agricole has advised the company on its IPO.

It plans to privatise each of the units individually and offer them to the public.

The catering unit was the first to be privatised through private placement in 2008.

The listing of the airline’s units follows those of state utility Saudi Electricity Co and the former telecom monopoly holder Saudi Telecom Co during the last decade.