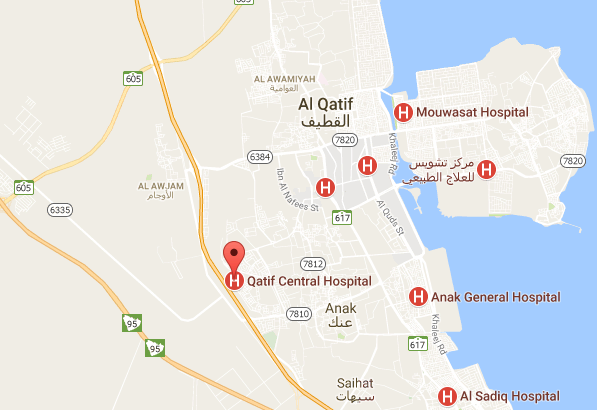 Saudi Arabia’s Interior Ministry said terrorists killed a member of its security forces on Tuesday evening during a routine patrol in Al-Qatif.

The policeman was killed in the same area where security forces killed a wanted terrorist on Sunday morning after he attacked them during a patrol of abandoned houses. A Qatif officer was also shot dead as he left the local police station on March 7.

Saudi Press agency reports that the latest incident saw the security patrolman killed as he approached suspects in a private car who fired at him, seized another vehicle and fled.

The patrol was on its usual route at 7:30pm when it grew suspicious of a car passing near Qatif Central Hospital.

It then intercepted the vehicle and was fired at, resulting in the death of private Fahd Qaid Al-Ruwaili.

Other soldiers in the patrol disabled the vehicle but the men in the car returned fire and fled.

They then seized another car driven by a doctor and his wife at the hospital’s parking.

“Molotov bombs” were found during a search of the original vehicle, which was stolen in Damman and had its plates changed.

The new number plate was that of a vehicle driven by wanted man Mustafa Ali Abdullah Al-Madad during a previous security operation, according to SPA.

The latest incident follows the killing of a suspected ISIL member, who pulled a gun on a patrol in the capital Riyadh last week.

The kingdom also announced the arrest of several terror suspects in Jeddah and Madinah in February, along with the death of two other terrorist suspects, who blew themselves up in Jeddah during a firefight with police.