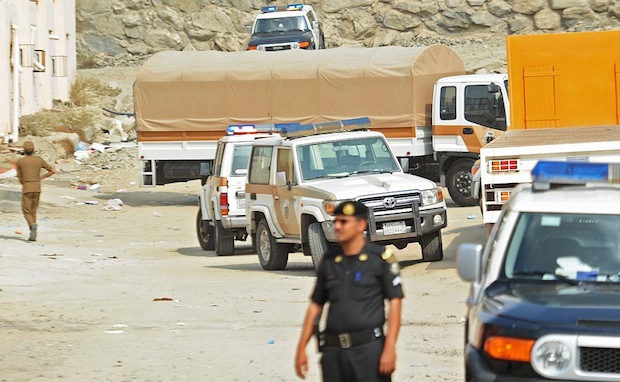 In Al-Mahameed district, security forces allegedly exchanged fire with some of the suspects, who later surrendered, Al-Riyadh newspaper claimed.

Officials took all the necessary measures to ensure the safety of local residents, the report added.

Several weapons, including guns and knives, were seized from the suspects.

The raids were conducted as part of a preemptive operation to prevent terrorist attacks, online news agency Sabq quoted sources as saying.

Saudi Arabia has intensified efforts to combat terrorism within the country.

Last month, two terrorism suspects blew themselves up following a confrontation with security forces in Jeddah.

The men were accused of planning attacks against the kingdom.

Two more people, alleged to have links to the men, were also arrested.

Read more: Two militants blow themselves up in Jeddah

Islamic militant group ISIL has carried out a series of bombings and shootings in Saudi since mid-2014.

In July last year, a suicide bomber was killed and two people were wounded in a blast near the US consulate in Jeddah.

Read more: Suspected suicide attack near US consulate in Jeddah