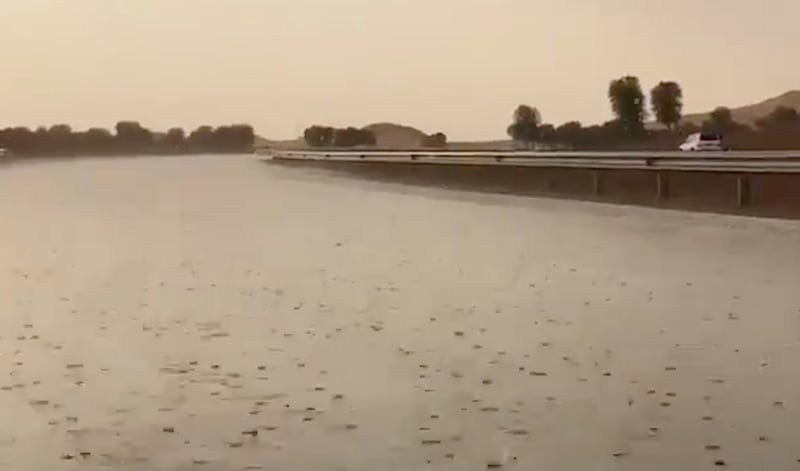 Saudi authorities have warned residents of Hail to be cautious of weather fluctuations on Monday.

According to an advance alert from the Meteorological and Environmental Protection Agency, the region may be affected by instability and will see thunderstorms accompanied by cold showers from 12pm until 9pm on Monday.

Severe winds are also anticipated to be witnessed in the area, the official Saudi Press Agency (SPA) reported.

The General Administration of Civil Defence in Hail urged residents in the region to stay away from the wadis (valleys) and streams during the period.

The kingdom has endured adverse weather conditions during the last few months.

Last month, it was reported that more than 30 people were killed across the kingdom due to accidents caused by heavy rains and flooding.

Thousands of people were also evacuated from their homes and moved to temporary accommodation elsewhere.

During the weekend, rain also delayed proceedings at the Formula E race held at the ancient city of Ad Diriyah in Saudi Arabia.